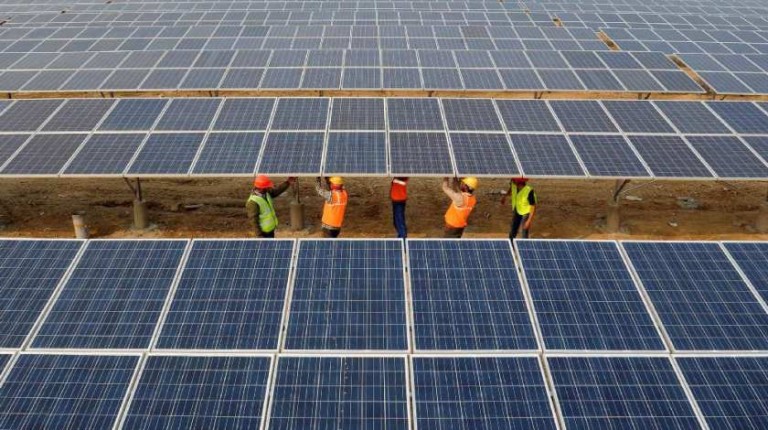 Egypt is to construct a 1,000 MW solar power station and a solar panels factory that will be implemented in two stages, 500 MW each. According to the agreement, it is expected that China will fund the establishment of the station and the factory with $3.3bn in concessional financing.

A meeting was held on Tuesday between the Minister of International Cooperation Sahar Nasr, Minister of Military Production Mohamad Al-Assar, and Minister of Electricity and Renewable Energy Mohamed Shaker, to discuss the recent developments related to the memorandum of understanding (MoU) that was signed on 27 July to construct the solar power station with a capacity of 1,000 MW and a solar panels factory.

The Ministry of Military Production announced earlier in May during the Third Annual Energy Conference that it is evaluating the possibility of constructing a factory to manufacture solar panels in Egypt.

This project would complement the MoU signed by the Ministry of International Cooperation with the Ministry of Military Production and China to exchange experiences, help local production, and the transfer of technology and knowledge required to manufacture and produce solar energy from silicon panels.

Nasr stressed that the latest negotiations with China come in the framework of cooperation between the three ministries to support the energy sector by diversifying sources of energy and increasing the usage of renewable energy.

However, many solar companies had disputes with the Ministry of Electricity over the agreement for purchasing solar energy according to the feed-in-tariff system, which led to the withdrawal of many solar energy companies from the projects, such as Cairo Solar, Scatec Solar, and EDF.

30% increase in Egypt citrus exports to China in H1 of 2016: Beijing trade commissioner

Electricity Ministry to sign $2.2bn wind farm deal with Vestas in May