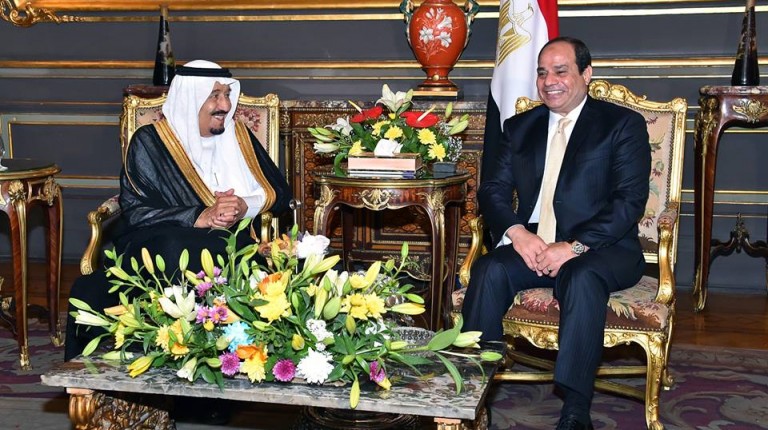 In a legal battle between the Egyptian government and the civil society opposing the maritime border demarcation deal with Saudi Arabia, the final decision of the Red Sea islands case is still going back and forth in judicial institutions.

The government is seeking to revoke a court verdict the State Council Administrative Court issued on 21 June, nullifying the deal signed between Egypt and Saudi Arabia back in April, among popular discontent. The government appealed against the verdict, and the case awaits the court’s ruling regarding the contestation of the initial verdict.

Moreover, the State Lawsuits Authority, legally representing the government, announced in a statement Monday that the annulment verdict nullifying the agreement is considered to be suspended, on grounds that the authority challenged the verdict and the court is to give a final decision.

The case, however, has spread beyond the court normally specialised to look into it—the Supreme Administrative Court. According to a copy of the State Lawsuits Authority’s statement published Monday by several local news websites, the authority filed a demand to suspend the verdict before the Constitutional Court, in addition to its appeal before the Administrative Court.

Former head of the State Council Mohamed Hamed El-Gamal said he could not identify the legal procedure that would explain the government’s motions before the Constitutional Court.

“The verdict is suspended only when there is a new verdict stating so by the High Administrative Court, and this has not happened yet,” El-Gamal explained in a statement to Daily News Egypt Tuesday.

Meanwhile, Ain Shams law professor Ramadan Bateekh told Daily News Egypt that the law enables the State Lawsuits Authority to file an implementation dispute before the Constitutional Court, which would result in the suspension of the verdict’s execution once the court gives a final verdict.

The government argued that the demarcation agreement is among the sovereign powers of the state and that it did not cede the two islands, but rather returned them back to their rightful owner Saudi Arabia, upon an agreement dating back to 1990.

On the other hand, the court behind the verdict cancelling the borders deal considered the islands Egyptian lands, which could thus not be ceded, even in a public referendum.

Prominent rights lawyer Khaled Ali led the lawsuit against the government, demanding Egyptian sovereignty over the Red Sea islands of Tiran and Sanafir. According to Ali, the state put serious efforts into trying to stop the State Council’s verdict and go through with the deal, “whether through legitimate or illegitimate means.”

Ali argued that the case does not fall under the authority of courts other than the administrative ones. “While the State Lawsuits Authority claimed that the verdict was suspended, the truth is their claims are misleading to public opinion, because none of their legal moves have resulted in final decisions yet,” Ali stated.

On 27 August, the court will give its opinion of the request submitted by lawyer Mohamed Adel Soliman, which demands the judiciary panel on the Tiran and Sanafir islands case to step down, on grounds of bias towards the executive authority.