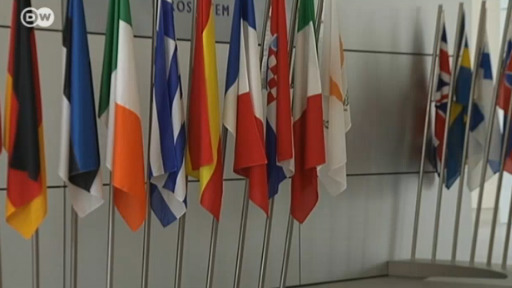 For a second month in a row, Europeans had to pay less for goods and services than a year ago, with falling prices for energy leading the slide. But what’s good for consumers isn’t necessarily for Europe’s economies.
In May, the annual inflation rate in the 19-country eurozone remained stuck below zero for a second straight month, and the third month in the last four, according to official figures released by the European Statistics Office (Eurostat) on Tuesday. Consumer prices fell 0.1 percent year-on-year, after slipping 0.2 percent in April, Eurostat data showed.

The modest increase from April to May was expected following a return of inflation in Germany, where prices ticked up by 0.1 percent in May, boosted by higher wages.

As in previous months, sharply lower energy prices weighed on inflation in May as they dropped 8.1 percent from a year ago. Stripping out energy costs and other supposedly volatile items such as food, tobacco and alcohol, so-called core inflation was in positive territory at 0.8 percent – slightly up from the April core inflation rate of 0.7 percent.

Nevertheless, the inflation rate within the eurozone has remained well below the target of around 2 percent favored by the European Central Bank (ECB).

The central bank for the euro area has been eager to boost consumer prices for the past several years, resorting to massive fiscal stimulus to kickstart the eurozone economy. However, even a controversial asset buying program worth 1.7 trillion euros ($1.92 trillion) appears to be failing in driving up prices.

As a result, fears of further falling prices – also known as deflation – are mounting in Europe. The phenomenon causes consumers to hold off on spending in anticipation of even lower prices, subsequently resulting in weaker growth and fewer jobs.

Some economists have argued, however, that negative inflation rates so far have not been driven by an across-the-board drop in prices, but rather external factors such as oil prices. They say it is still to earlier to see if the ECB’s massive stimulus program will be effective.

On Thursday, the ECB’s rate-setting governing council is due to meet again, but few experts expect any further monetary action by the bank.

Eurozone inflation back in positive territory