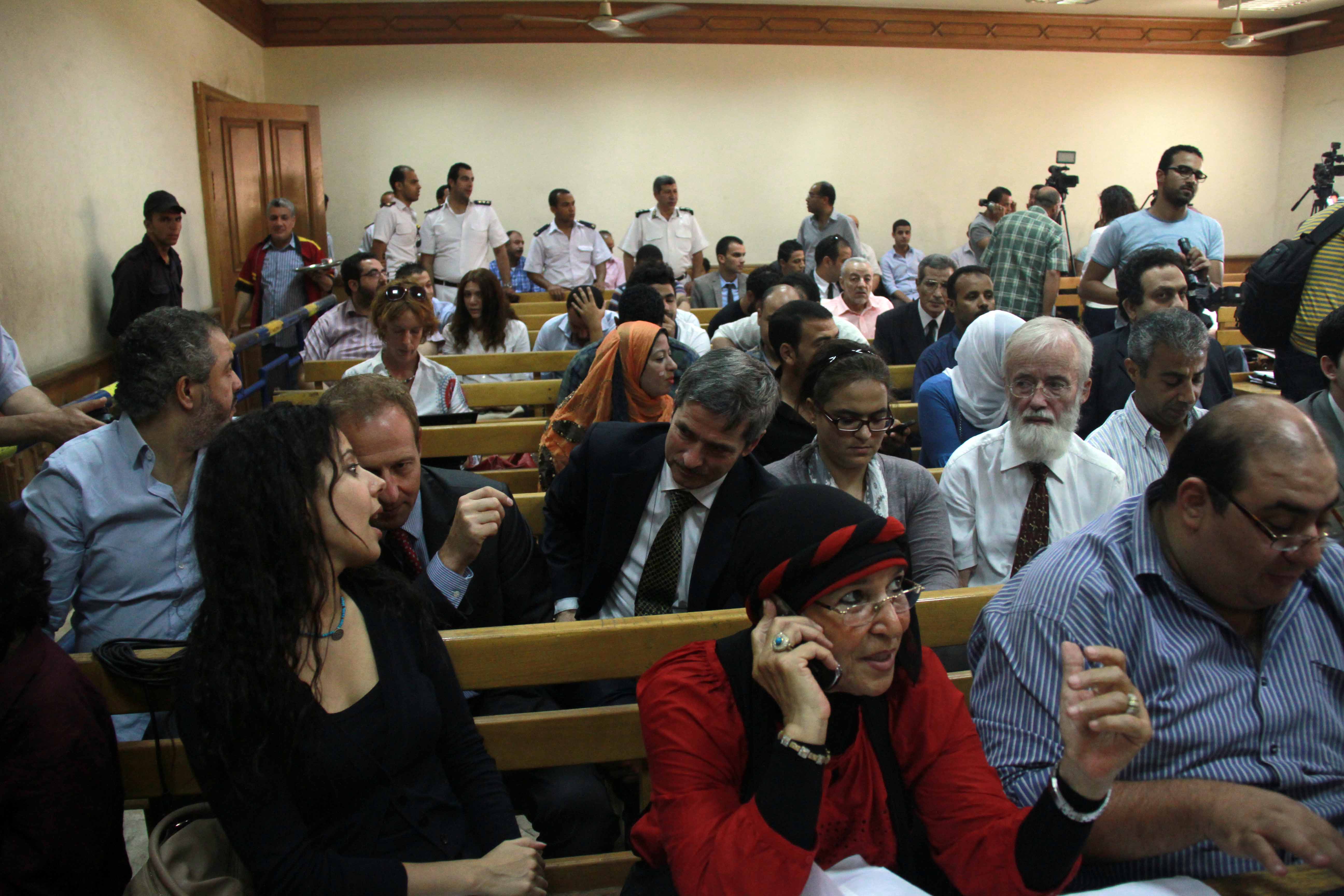 Lawyer Radwa Ahmed was summoned for an investigative session on 26 May by Judge Hesham Abdel Meguid, who is investigating the “NGOs’ foreign funding” case, according to the Arabic Network for Human Rights Information (ANHRI).

Ahmed, who is a lawyer at ANHRI, received a phone call asking her to go to Meguid’s office on Thursday. When her colleague went to verify the summon request, the court confirmed.

Ahmed is the first in ANHRI to be summoned in the case. Her colleague, the lawyer Gamal Eid, was not investigated despite being accused in the same case for allegedly receiving illegal funding to his personal bank account. He is currently facing a ruling to freeze his assets.

Members of other NGOs accused in the case were investigated to hear their statements, including the Cairo Institute for Human Rights, Nazra for Feminist Studies, Andalus Institute for Tolerance and Anti-Violence Studies, and UG Law Negad El-Borai and his partners.

The state insists on punishing NGOs due to their work on documenting state violations, the statement read. The government continues to deny any reported violations and saying that these reports are distorting Egypt’s image or allowing foreign interference that could hinder or impact the judicial system’s performance.

On Monday, the Cairo Criminal Court postponed for the fourth time the ruling on a lawsuit to freeze the assets of investigative journalist Hossam Bahgat and lawyer Gamal Eid to 17 July.

The case was brought against Eid and Bahgat and three other defendants from other NGOs.

The others include the founder of the Cairo Institute for Human Rights Baha El-Din Hossam, his family and brother, the director of Hisham Mubarak Law Centre Mostafa Al-Hassan, and the director of the Egyptian Centre for the Right to Education Abdel Hafeiz Tayel.

Despite frozen assets, I will continue my work against the state’s violations: Gamal Eid

Urgent meeting at the Arab League on Gaza