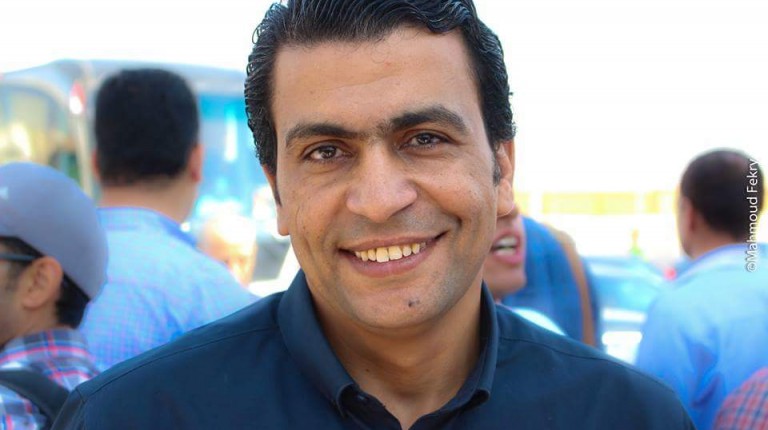 I have no idea how President Abdel Fattah El-Sisi will justify his government’s unacceptable management of the country’s crises during his expected speech on Wednesday.

I hope the regime is not betting on the public’s short memory span; our memory may seem to easily float from an issue to another, but this occurs only in relation to transient issues that do not undermine the dignity of citizens, and in those cases that end with a just punishment for wrongdoers. This was evident in the case of Tawfiq Okasha, as he was sent to the dustbin of history and memory, never to return.

However, when it comes to our principles, property and land, such behaviour on your Excellency and your government’s part, Mr President, will not be acceptable at any level. Our ancestors fought for each grain of sand of the Sinai, and for the sovereignty of our land.
At the time, we learned that the land is the source of our honour, and as such we cannot surrender it.

How could you commit such stupidity and expect to get away with it when you know that popular sentiment is incapable of the surrendering of our land, even if the alternative is starving to death.  We can overlook many issues, but we cannot accept surrendering an inch of our land, especially as we have historical documents proving our right to the land, in accordance with international law.

The statements of ambassador Sayyed El-Masry and Haidy Farouk affirmed our ownership of the two islands. However, El-Masry said Tiran island is Egyptian, while Sanafir is not, but Saudi Arabia did not suffer to defend them during the Israeli aggression. Without Egypt, both islands would have been Isreali.

Even the House of “Permanent Approval”, or the so-called House of Representatives, would not dare to approve this act, even if the media machine, which works according to your vision, attempted to convince the people.

We will not accept this attack on our dignity or honour. The parliament did not dare to approve the Civil Service Law, which sparked public controversy. Now that it comes to an issue of the honour of a nation, I believe they will not act with the same idiocy as your government and advisers, who agreed to this perilous decision and put you in direct confrontation with the angry masses.

Do you know, Mr President, what your supporters say about your government and what they are calling for? They wanted you to turn a blind eye to their weak performance, which has led us to this current failure. Now they do not know who to blame, as you have agreed to something that is unacceptable to the collective conscience.

And this is the situation among your supporters, who view you as their guide and supreme leader. What then of your opponents?

Mr President, if I had any doubts that you and your officials are Egyptians, such actions would have caused me to question your nationality.

You are committing acts that are only committed by imbeciles, and you are managing all matters with destructive ignorance, while confronting enemies of utmost vigilance. We have, in our heritage, a notion that a smart enemy is better than a stupid friend, and your government represents that friend all too well.

Regeni’s case is the best testament of your inherited idiocy. You have committed so many unjustifiable mistakes that we have all become convinced—after a few of us may have had some doubts—that your security authorities were behind this crime, which has tied a European noose around Egypt’s neck. You killed the men who you claimed were behind his murder, you left no witnesses, and you tried to convince us of this narrative with the utmost naivety.

But the idiocy was clear on your faces, as you provided explanations that were implausible to the simplest of minds. You went to the Italian security authorities and the Italian prosecutors and came back with failure and disappointment, and you know, as we know, that the Italian demands are very much in their place.

What if recordings in the vicinity of Regeni’s residence revealed the true perpetrators? It is certain that there was communication between the killers, who followed him in the vicinity of his residence. It is not a matter of constitutionality or an issue of the privacy of innocent people. Either you know what happened and you do not want anyone else to know, which condemns you, or you do not want to conclude the case yet for a particular reason, in which case we ought to know that reason.  We already know you have no respect for either the Constitution or personal freedoms.

Mr President, history will never forgive your sin in addressing the Grand Ethiopian Renaissance Dam. This matter will not go by unnoticed when Egypt are suffering from thirst and dehydration, and I cannot imagine what you will sell once we get to that point in an attempt to salvage the situation.

Mr President, you have not managed matters cryptically; rather all the complex matter were managed with stupidity, including the Russian plane crash. You have failed to provide any justifications, as the lack of confidence in your capacities grows, along with the gap between your regime and the people. The path ahead of you is not smooth, and the stupidity exhibited by your regime continued to be the main actor on the stage

You must reconsider your actions and positions before you find yourself alone in confrontation with the Egyptian people.

Emad El-Sayed is an Egyptian journalist and the editor of Daily News Egypt.

In Video :”The people want the fall of the regime” chant back to the street

Controversy around Tiran and Sanafir has revealed our flaws