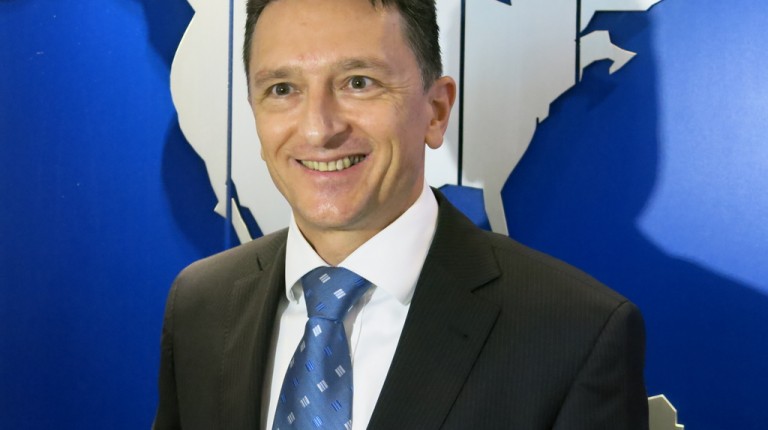 The Slovenian Port of Koper is not well-known amongst the Egyptian business community, compared to Hanover or Hamburg, although geographically it is closer to Egypt. Why do you think this is?

What are the advantages for ships transiting through Koper?

It is the closest and shortest way to central and eastern Europe. Goods from the Port of Koper can reach Central and Eastern Europe in just under two days, which means fewer days of transit for the vessels.

So, as an example, for a vessel coming from the Far East, heading to several European ports, passing through the Port of Koper can save about seven days in transit time.

The most popular European destinations for vessels are Vienna, Budapest, and Bratislava, among others, which are, approximately, only 500 km away from the Port of Koper.

Another thing I would like to add, from an ecological point of view, is the fact that, by transiting through Koper, these vessels will spend less time en route, which means a healthier environment.

How is the Port of Koper useful for Egyptian goods?

To export perishable Egyptian goods, such as grapes, it takes about three days for the goods to arrive in Slovenia through our direct lines that connect Koper with the Egyptian ports of Damietta, Alexandria and Port Said.

Taking other routes means additional days in transit, which is detrimental to perishable goods. Grapes, especially, are very sensitive, so quick and quality transport is incredibly important. So grapes coming from Egypt, are trans-loaded from the containers, and shortly dispatched to the final customer.

Other goods are also sensitive, such as citrus fruits, which means they also need fast transportation.

How would passing through the Port of Koper translate to cost-effectiveness for Egyptian companies?

There are six shipping lines connecting Egypt with the Port of Koper, which means fast transport between Egyptian ports and Koper, quick handling for Egyptian goods in the port, and fast arrival for the goods from Koper to their final destinations.

We care that goods arrive to their final destination in excellent condition, as the final receiver is the one who decides if the whole process was efficient or not.

What documentation is needed for the release of goods in the Port of Koper?

Only four documents are needed: the phytosanitary certification [for plants], the customs declaration which should be fulfilled, a document requesting the port to trans-load the goods, and a document for the ship to leave the port.

Starting from last year, we agreed with the Port of Koper customs authority for certain goods to be cleared, even when still on the vessel, so that these goods could be immediately dispatched to the final destination upon arrival in Koper.

How can you verify the phytosanitary certification released by other countries?

There are common regulations. Each cargo coming to the European Union faces the same procedures. In each port, there is a phytosanitary control and customs control working under the same legislations.

Phytosanitary control in Koper always checks not only the phytosanitary certification, but also the goods and their quality.

As for Egypt, the phytosanitary sectors in Egypt and Slovenia cooperate to decide how the certificate should be released as well as any improvements to it. This ensures continual improvement and facilitation of the procedures of goods passing through the ports.

Can you tell us about the customs authority at the Port of Koper?

The staff are very active and commercially-oriented to the customers. The authority follows the requirements of the port and of the customers. Customs clear goods even on Sundays and Saturdays, which is not the case in other ports in the north of the Adriatic or northern Europe.

Usually in other ports, offices are closed on Friday afternoons or Saturday mornings, with no possibilities to clear the goods until Monday. This includes the ports of Rijeka, Venice, and Trieste, and generally the ports in northern Europe.

This is one of many advantages we have developed over the years, which is beneficial for the transit of perishable goods in particular.

What is the procedure for processing goods upon arrival at the port?

When vessels arrive, their containers are immediately transported from the container terminal and discharged to the warehouse, or directly to the tracks, then sent to the final receivers.

The process is fast, especially when dealing with perishable goods, and our operations run 24/7.

What was the size of cooperation between Alexandria, Damietta and Port Said ports and Koper in 2015?

Goods passing from Damietta, Port-Said and Alexandria ports to Koper, and vice versa, during 2015 were estimated at about 840,000 tonnes of all commodities, the majority were containers. This amount included about 20,000 car units.

Can you tell us about cooperation between Suez Canal and Koper Port?

Thanks to the New Suez Canal project, there will be shorter waiting times for vessels, which means that vessels heading to Koper Port will arrive faster. So the project benefits us greatly.

Speaking from a logistical point of view, which port is Koper’s main competitor?

The port of Trieste in Italy, which is very close to Koper, as well as Rijeka port in Croatia and the Italian port of Venice.

As for Egyptian companies, why would they use Koper and not other ports in Italy, Greece or Malta, including the Greek port of Piraeus, or the Maltese port of Marsaxlokk?

It really depends on the route and line. The Port of Koper now has several direct lines, to and from the Far East. Koper is strategically located which means fast transportation of goods to several other destinations.

What percentage of goods arrives in the Slovenian market through the Port of Koper?

The port handles 20.7m tonnes annually; 30% of this goes to the Slovenian market. The remaining 70% is in transit to other destinations, including eastern and central European countries, such as the Czech Republic, Slovakia, Poland, Austria and Hungary. We are an important entrance and exit point for goods coming from or going to these European countries.