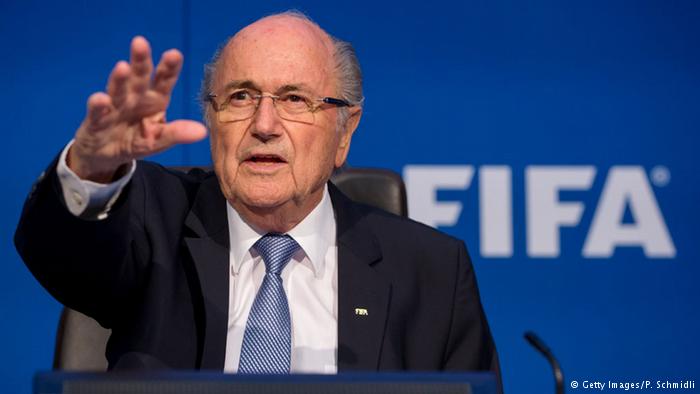 Outgoing FIFA chief Sepp Blatter on Monday defended his record as president of world soccer’s governing body, saying he will be missed when he is gone and asserting that there is no general organised corruption in soccer.

In an interview broadcast on the BBC, the scandal-ridden Blatter said he is respected in many parts of the world.

“Go to the world, go to Asia, go to Africa… go to China, ask them what they think about FIFA and Blatter, that’s different,” he said.

The 79-year-old Swiss said his critics would realise their mistakes and come to recognise the good job he has done as president of world soccer’s governing body.

Blatter was recently re-elected for a fifth term as FIFA president on 29 May  but four days later announced he would step down as president amid the worst corruption scandal to engulf the organisation in its history.

The scandal was focused on fourteen sports marketing executives and soccer officials, including several from FIFA, who were indicted in the United States in May on bribery, money laundering and wire fraud charges totaling over $150m.

Seven FIFA officials were arrested in a dawn raid on a luxury Zurich hotel only two days before the FIFA Congress that saw Blatter re-elected. Blatter’s replacement is set to be elected in an upcoming FIFA Congress on February 26.

Blatter remained adamant he has done nothing wrong, attributing the scandal to the actions of rogue individuals.

“I know what I have done, what I have not done, I have my conscience and I know I’m an honest man. I am clean. I am not a worried man,” Blatter said.

Blatter also appeared to attempt to distance himself from those accused of corruption, criticising the method for choosing the FIFA executive committee, whose members are elected by the continental confederations and not the FIFA Congress.

“I have to take people, they are not my people,” he said. “I cannot be morally responsible for other people,” Blatter said.