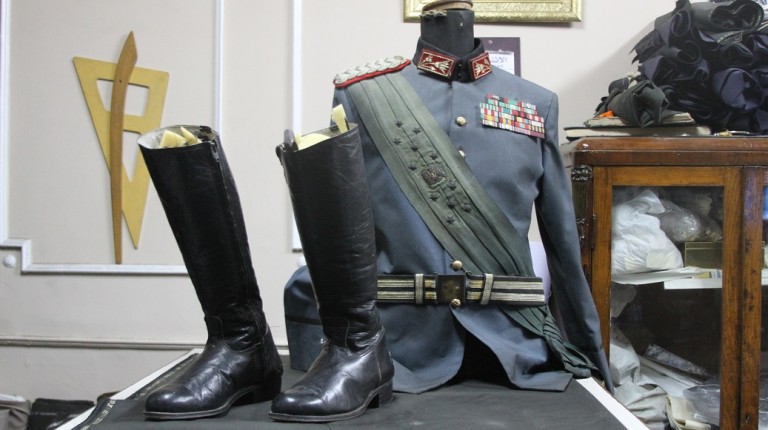 The government struck a deal with a Chinese company to fund the infrastructure of the One Million Acres Project, according to Minister of Housing Mostafa Madbouly.

“The Chinese party requested details of the project and coordination to take place with them with regards to that issue,” added Madbouly in a cabinet issued Saturday evening.

The Ministry of Housing signed a memorandum of understanding (MoU) with the Chinese party in May 2015 to provide funding for the infrastructure of the land reclamation and new urban communities development projects within the One Million Acres Project.

The Chinese company was not named in the statement, but it was described as a company specialised in the field of infrastructure of the agricultural reclamation projects.

During his meeting with Prime Minister Ibrahim Mehleb on Saturday, the housing minister presented the steps that were taken to implement President Abdel Fattah Al-Sisi’s commands regarding the Ministry of Housing and its affiliated bodies. Head of the General Organization for Physical Planning, and head of the General Authority for Construction and Housing Cooperatives attended the meeting.

During the meeting, Madbouly presented the follow-up procedures that are being taken to reclaim and develop the one million acres in west Minya in terms of land levels, groundwater capabilities, the agricultural crops and the groundwater wells.

The recommended uses of the lands on the site were presented, in addition to suggested developmental methods, like cultivation, industry, fish and wind farming, and logistics services.

The Minister of Housing added that the project aims to create a service village with a total population of around 10,000 people. Moreover, it aims to create five agricultural villages with a total population of 25,000 people, to make use of the fertile lands and cultivate different crops. Lands that cannot be used for agriculture-related activities will be used for fish-farming, urban housing, and other services.

According to cabinet spokesman Hossam El-Kawish, Mehleb requested related governmental bodies to determine the available drilling capabilities of wells that will be used in cultivating the lands.

El-Kawish noted that the meeting also addressed the One Thousand Factories Project in the area of New Cairo. The Minister of Housing asserted that the ministry has completed the delivery of all the facilities for the project. Moreover, temporary licenses will be issued after

the approval of cabinet. Madbouly added that facilities for the project will be offered by the social insurance.

El-Kawish revealed that the Prime Minister requested from the Housing and Building National Research Centre to assess the location of the terrorist attack that targeted the Italian consulate in Downtown Cairo, and to work on restoring the building.

El-Kawish said Mehleb commissioned the concerned public entities to start implementing the New Atfih village development project and turn it into a cooperative producing village, as a pilot experiment within the project of developing the desert hinterland villages.

“The proposed site of the New Atfih village is important from its special location, which makes it a centre point linking the ports and cities of the Red Sea, the area of South Cairo and the north of Upper Egypt,” he said.