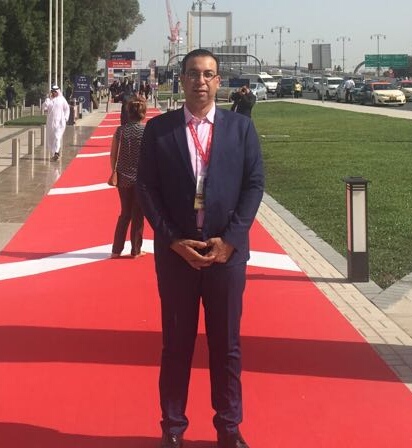 Former chairman of the Chamber of Hotels Waseem Mohey El-Din requested the inclusion of furnished apartments to the Ministry of Tourism in order to tighten supervision on them and increase state revenues from taxes.

This came prior to the launch of promotional campaigns for Egyptian tourism in the Arab Gulf states in May. Mohey El-Din said that the inclusion of these flats must not aim to collect money from taxes and fees, especially at this time, whereas Egypt is suffering from a decline in the number of Arab tourists, the largest consumers of this kind of tourist services.

“Hotel flats are many, in both Cairo and Alexandria, and there are no counts to determine their number to help conduct a study on them,” said Mohey El-Din, adding that, through the inclusion of these flats, the quality of services offered will improve.

An official in the Ministry of Tourism said that the proposal to include hotel apartments to the state’s ministry is old and was delayed due to the conditions in Egypt over the past four years. However, he added that times of crisis are considered the best for reviewing the rules governing the sector.

The number of tourists amounted to 1.6 million Arab tourists last year, out of the total 10 million tourists who visited Egypt. According to the official, only Cairo and Giza included numbers ranging between 5,000 and 10,000 flats, initially. These numbers may increase to more than 20,000 units, especially in the cities of 6th of October and Sheikh Zayed, which have seen many Arabs during the last period.

He noted that the issue does not stop at locating furnished flats in order to tighten control over them and add income to the state, but that there must also be modification on the rules governing investment in tourist housing units and selling them to foreigners.

He believes that tourist housing can turn Egypt into a country that tourists visit several times a year, especially with expectations of increasing Arab investments after the Economic Summit in Sharm El-Sheikh, last March.

Managing Director Abdel Aziz El-Shahyl said that investment of this type in Egypt is promising due to the importance of Egypt’s position to Arabs as a major trade and investment centre in the upcoming period.

The company intends to pump EGP 3.5bn into building three towers in the place of the old hotel, after the approval of the authorities responsible for the studies related to the new hotel.