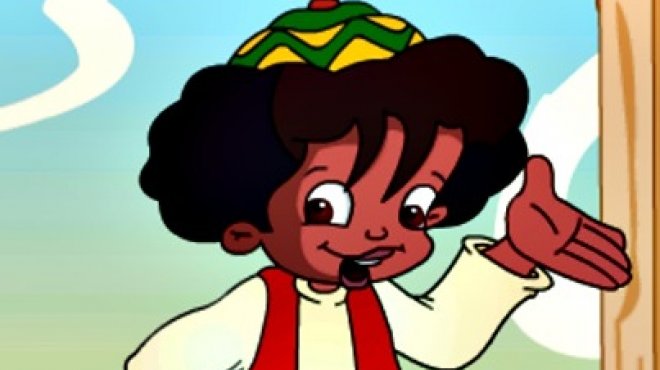 Piano tunes played right after Iftar, the Egyptian singer Mohamed Mounir sang “Since he was young, he always knew what it means to be an Egyptian,” and children chanted “Bakkar”, the name of the Nubian child star of the popular Ramadan children series.

This TV series Bakkar, presented by the private Egyptian company “Cairo Toon” between 1998 and 2007, was the last children show aired on the Egyptian national TV.

For decades, the Egyptian Radio and Television Union (ERTU) has catered to children with age appropriate programming, but, this year, such programming was absent from the line-up. Some psychologists worry that children, who are now more likely to watch adult programming, may be negatively affected.

For seventeen years, “Bogy w tamtam”, a popular TV puppet show created by the director and puppet designer Mahmoud Rahmy, was aired around Iftar time. Bogy w tamtam showed stories children encounter in Egyptian communities, featuring adult and young actors along with the puppets. The show stopped right after the death of Rahmy in 2001, just like the death of director Mona Aboul Nasr, marked the end of Bakkar after producing seven parts.

Each of the two directors’ sons attempted to recreate both shows, but their attempts failed after the production of only one part of each.

Other shows included “Ammo Fu’ad” (uncle Fu’ad), a children show that was aired for over 10 years starring the Egyptian actor Fu’ad Al-Mohandes, and another show telling the stories of “Sinbad” under the same name.

Since Bakkar’s last episode, however, ERTU only produced TV series for adults.

“Basant w Diasty” is a new animation show ERTU has produced. Featuring a couple who live in an imaginary village in Upper Egypt, the show mocks the way Diasty, the husband,  approaches new trends without much thinking or knowledge.

The producers of Bakkar have also produced an adult animation series “Super Heneidy”, currently shown on the private Egyptian channel Al-Nahar. The series mocks political and social events in an adventurous context.

Although they are not advised to watch TV at early age, children end up watching adult series as an alternative to children series, said Mona Amer, an associate professor of psychology at The American University in Cairo.

Most children series in the past were aired around Iftar time when parents were either busy preparing or having Iftar. This gave children a chance to watch these shows, she said.

As most families gather around TV in Ramadan, children end up watching adult series, which usually contain violence or language they should not be exposed to, she said. Some parents ignore the fact that their children get exposed to complex scenes they cannot process.

“Children should engage in playful activities,” said Amer. “TV does not provide the cognitive benefit such activities provide.”

However, since children end up watching TV anyways, they should watch children shows that deliver educational or social messages enhancing their imaginative skills and cognition, she said.

Satellite channels provide alternative children shows that were produced in other countries, however, children usually relate to stories they encounter and language they use, according to the professor.

“Children pick up and mirror what they see,” she said. “Bakkar for example served like a role model to the children as they can relate to the character.”