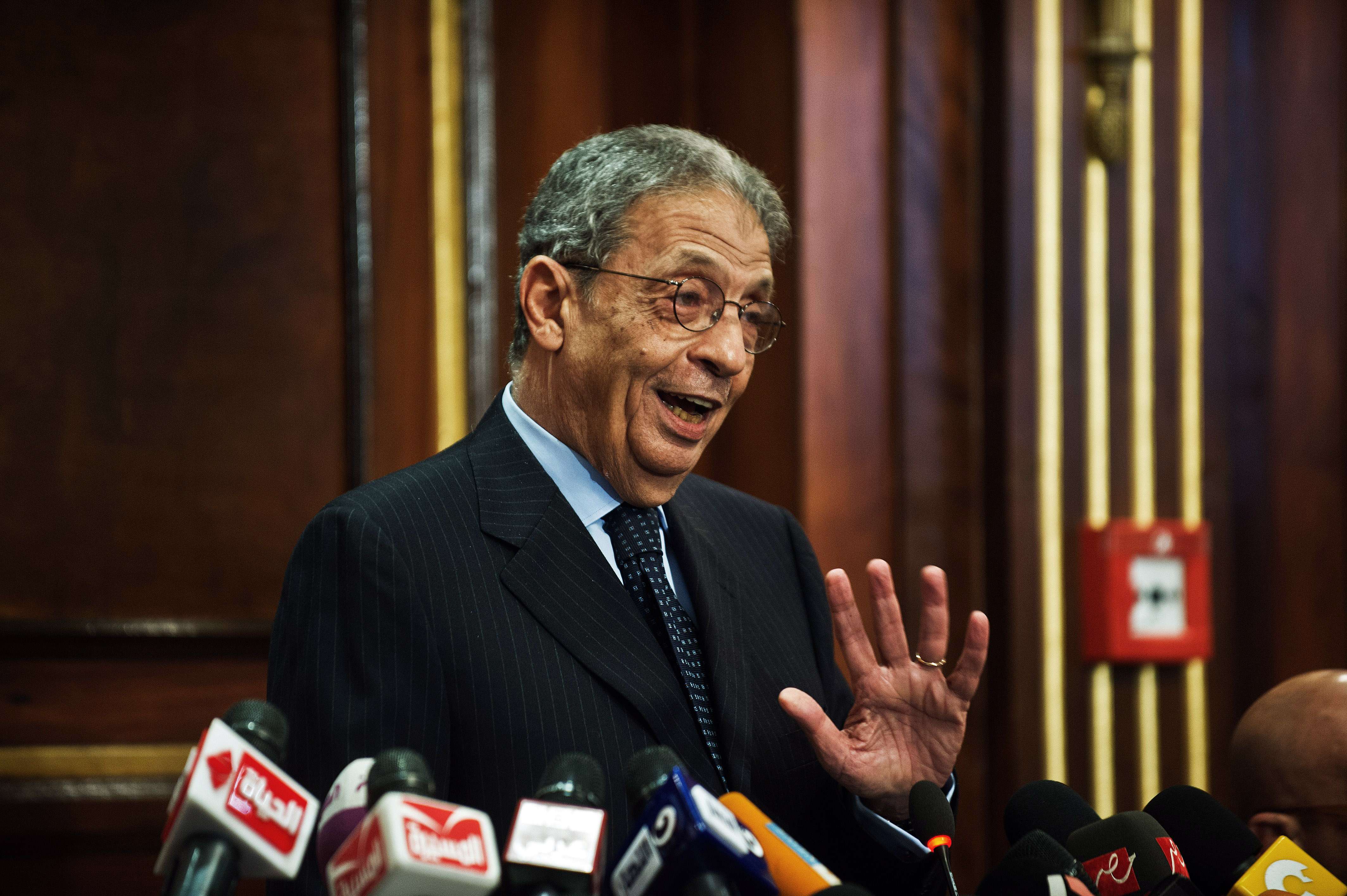 The 50 member Constituent Assembly finalised on Sunday night the draft constitution it has been working on for three months.

The assembly was appointed by interim President Adly Mansour on 1 September and tasked with amending the 2012 constitution, suspended since the military ouster of former President Mohamed Morsi on 3 July.

Constituent Assembly Chairman Amr Moussa announced that the assembly will officially submit the draft constitution to the interim president on Tuesday morning. The assembly finalised its vote on the constitution on Sunday evening, yet it initially failed to pass four contentious articles.

Both articles were amended in a manner which would leave deciding on the electoral system and whether the parliamentary elections would be held prior to the presidential elections up to the legislator. The interim president currently has legislative authority. Article 230 was also amended to state that regardless of which elections are held first – presidential or parliamentary – the other elections should be held within six months after the constitution passes.

The Constituent Assembly had also initially failed to pass the articles which address farmers and labourers’ representation in parliament. The assembly cancelled the 50% parliamentary quota allocated to farmers and labourers since the era of late President Gamal Abdel Nasser in the 1960s, garnering wide criticism from labour unions.

Articles 243 and 244 oblige the state to “adequately” represent youth, Christians, the disabled, Egyptian expatriates, farmers and labourers in the coming parliament in a manner to be organised by the law. The assembly somehow reached agreement over the articles and passed them without any amendments on Sunday night.

After submitting it to the president, the constitution will be put up to referendum. Constituent Assembly spokesman Mohamed Salmawy had earlier stated that the referendum will be held in late December.

Al-Nour Party Chairman Younes Makhioun said on Saturday that the party is generally “satisfied” with the draft constitution. Makhioun added that the party’s final stance on the draft will be announced after the interim president ratifies it.

Misr Al-Qawia (Strong Egypt) Party voiced its dissatisfaction with the draft constitution coupled with its disapproval of the formation and the actions of the Constituent Assembly. In a statement released on Sunday, the party said that the draft constitution will create a “military guardianship” over elected authorities. The party also condemned the possibility of subjecting civilians to military trials, as per article 204 of the draft constitution.

The party said that the draft constitution allows the overlap between different authorities, always in the executive authority’s advantage. It added that the constitution fails to create a basis for transitional justice.

The Anti-Coup Alliance, also known as the National Coalition to Support Legitimacy, described the constitution as a “black document” which was “drafted for the military to counter the 2011 revolution and the people’s will.” The alliance comprises of political movements that support Morsi, most notably the Muslim Brotherhood.

Article 234 necessitates the Supreme Council of the Armed Forces’ (SCAF) approval of the appointment of the defence minister. The transitional article is valid from the time the constitution passes and for two presidential terms. The article was widely criticised for limiting the elected president’s authority over appointing a defence minister. The Constituent Assembly passed the article on Sunday, with 43 votes in favour.