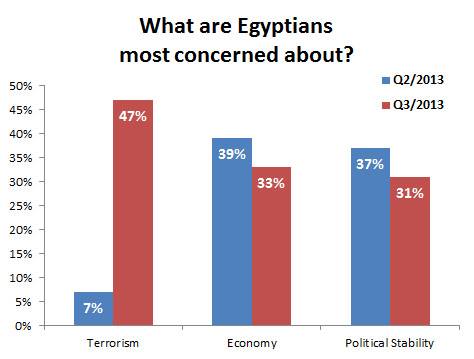 Egyptians are slowly but surely going back to enjoying life a bit more, as spending on luxury, leisure, holidays and entertainment have increased in the third quarter of 2013, according to Nielsen. In the Middle East, Egypt reported the biggest increase in consumer confidence in the region of six index points compared to the previous quarter.

The Nielsen Global Survey of Consumer Confidence and Spending Intentions, established in 2005, measures consumer confidence, major concerns, and spending intentions among more than 30,000 respondents with Internet access in 60 countries.

“In line with confidence findings and the current events, it is not surprising to see that Egyptians consumers are using a big portion of their spending for their leisure, holidays and entertainment,” said Tamer Elaraby, Managing Director of Nielsen Egypt. “Egyptians are in fact ranked the seventh across the 60 countries surveyed who spend on out-of-home entertainment.” 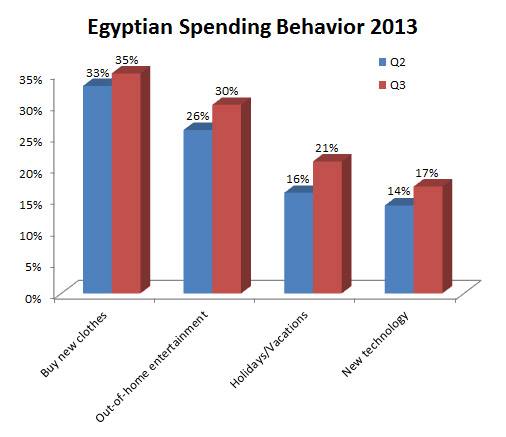 Yet, Terrorism is found to be the highest concern among Egyptians (47%) registering an increase of 40 percentage point compared to the last quarter. This ranks Egypt as the most concerned nation about terrorism globally. It is noteworthy that the concern about terrorism started after the “Fight against Terrorism” was initiated a couple of months ago in a reaction to the ouster of former President Mohamed Morsi in July 2013.

The second concern among Egyptians is the economy (33%) dropping from 39 in Q2 2013. Political stability is also one of the top concerns (31%) and is also found to be the highest globally.