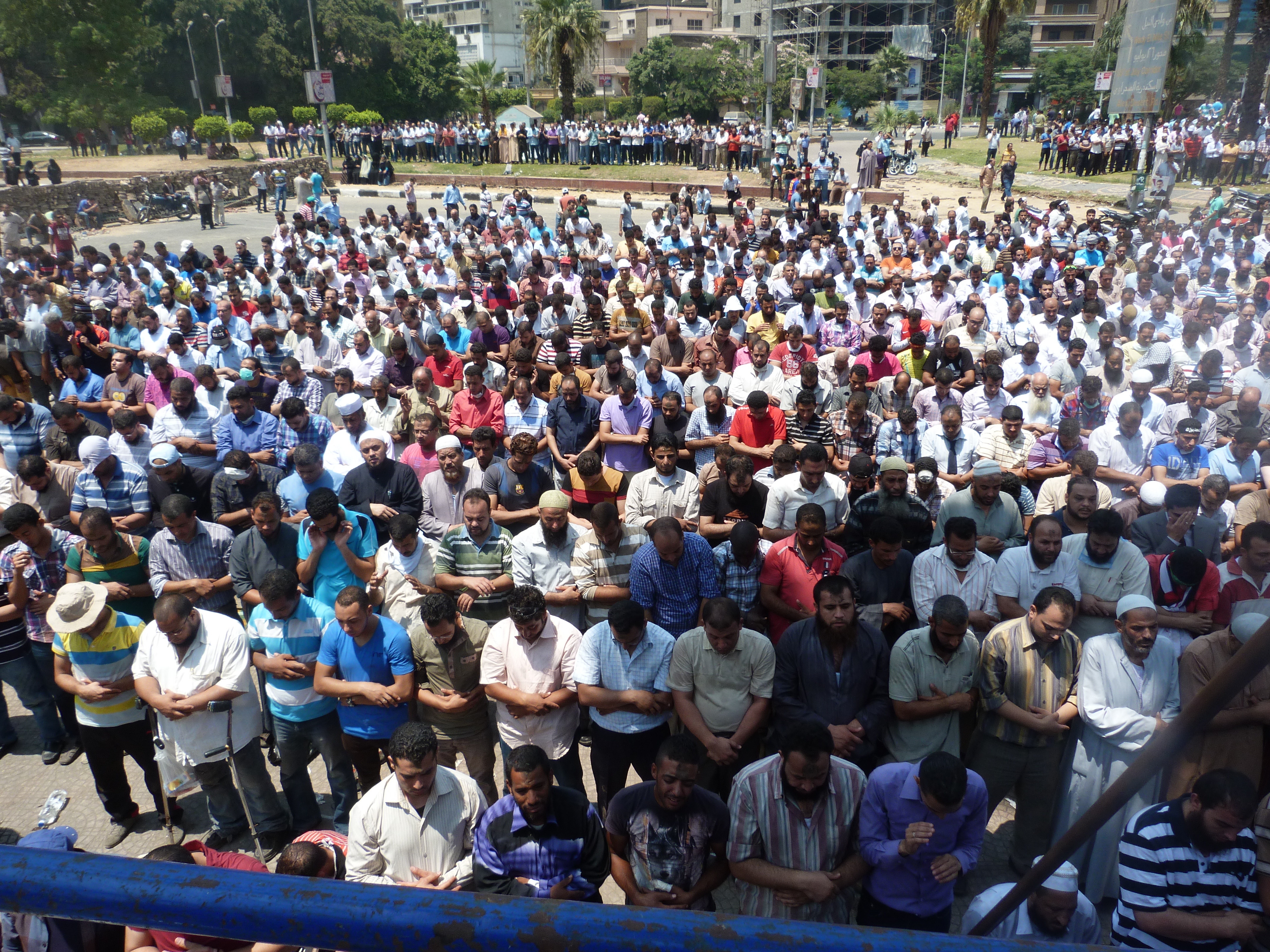 By Charlie Miller and Joel Gulhane

Demonstrators and security forces exchanged fire in Mohandessin on Wednesday morning following the dispersal of the two pro-Mohamed Morsi sit-ins in Al-Nahda Square and Rabaa Al-Adaweya.

A march of around 200 moved down Gamat El-Dowal Al-Arabia Street to help set up the sit-in.

One marcher said: “I don’t know where this march came from, I saw it pass my house and I joined it.”

Half an hour after security forces retreated, they returned to clear the streets using tear gas and birdshot. Live ammunition was heard but it was impossible to tell where it originated

At least two men in critical condition were taken to hospital on the back of motorbikes.

One man watching the clashes from his balcony was hit in the stomach by a stray live bullet and was taken to the hospital in a private car accompanied by his family.

Masked men walking outside the mosque carried at least two AK-47 rifles which they attempted to conceal with scarves. The men carried a duffel bag containing AK-47 magazines. Eyewitnesses reported seeing an elder distributing what “looked like guns wrapped in cloth.”

Violence continued throughout Wednesday afternoon, with volleys of both automatic and semi-automatic fire heard on and around Batal Ahmed Abd El-Aziz Street. Walls hastily constructed from paving slabs, similar to those in Rabaa Al-Adaweya and Al-Nahda Square, provided cover for demonstrators, who hurled rocks at CSF. Some of those assembled threw molotov cocktails.

In a side street parallel to Gamat El-Dowal, a group of around 20 local residents gathered, saying: “We live here. We will defend our neighbourhood from anyone, police or Muslim Brotherhood.”

A number of demonstrators claimed that Baltageya – “thugs” – were fighting alongside CSF.

There were also reports of snipers firing from surrounding rooftops and from windows overlooking the fighting. None of these claims could be confirmed.