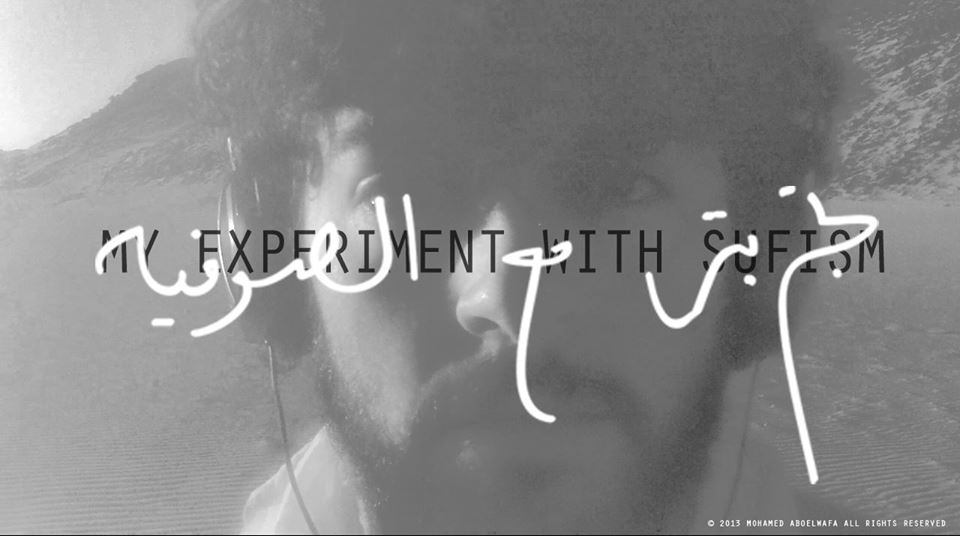 Without an inch left on the floor of the Downtown apartment, 10 Mahmoud Bassiouny was packed with a young audience eager to be the first to watch My Experiment with Sufism. The 30-minute film documents, albeit through a chopped-up plot structure, director Mohamed Abo El Wafa’s search for meaning in what was pictured as an empty existence in a material world. The film tracks how his path toward understanding himself becomes explicitly linked to a Sufi-esque understanding of life.

As the subject and narrator of the film, Abo El Wafa directly addresses the viewer in a script that plays out as a monologue to “you”, the audience member. This may to some give a patronising, and somewhat aggravating, tone to the film’s dialogue. However, this is easily excused once the viewer sees My Experiment with Sufism for what it is: a form of self-expression that carries with it the hope of forming a connection to a viewer, who has himself been haunted by the same existential questions.

The film, shot largely with a handheld camera, has a documentary feel that helps immerse the viewer in the first-person narrative of Abo El Wafa. This style of filmmaking creates an atmosphere that captures the chaos and instability of experimenting with one’s self on a spiritual level. The technique is on one occasion disrupted by a few visually appealing and trancelike shots of Sufi dance and song. This intentional transition from one technique to another, to the director’s credit, shows how he experimented with the medium of film in an attempt to express different, and often opposite, emotional stages.

Ahmed Mehessen, an audience member, praised the film for its portrayal of the struggle for the spiritual. “I related to the film. People that get into this stuff have that very outlook on life, they feel something is off and are searching for more,” he said. “For me, the film highlights that there is beauty inside chaos.”

My Experiment with Sufism, lacking a clear plot and shot in an ad-hoc manner, is not what one would conventionally call a well-crafted film. That said, it is difficult to measure its merits because its viewing experience rests almost solely on whether the audience relates to Abo El Wafa’s personal narrative. At best, My Experiment with Sufism banks on connecting the viewer to the experiences of the narrator, and at worst, it is to be seen as an admirable, if imperfect, attempt at experimenting with the art of filmmaking in the name of self-expression.