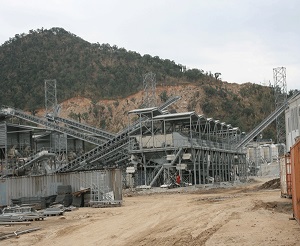 Ethiopia’s announcement it will begin diverting water from the Blue Nile attracted the ire of certain political figures in Egypt and the Sudanese ambassador in Cairo, although the National Salvation Front, Egypt’s largest opposition group, has as of yet to adopt a position on the matter.

Hassan said Egypt and Sudan could turn to the Arab League to solve the crisis. He continued by saying the tripartite commission tasked with assessing the impact of the Ethiopian dam had not yet completed their assessment, adding that Ethiopia’s decision was sudden.

If the dam is found to threaten Egypt and Sudan’s share of the Nile water, then an emergency session in the Arab League will be called, Hassan said.

Hamdeen Sabahy, leader of Al-Tayar Al-Sha’aby, was critical of Ethiopia’s decision, saying Egypt would not give up a single drop of water.

The media spokesperson from Al-Tayar Al-Sha’aby, Heba Yassin, said Ethiopia had taken a dangerous step. She cautioned that Egypt must tread carefully and handle the situation delicately. “We have to be worried; it is a dangerous move for Egyptians.”

The leader of the Change and Development Party, Bassam Khafagi, also lashed out, calling it an “act of aggression”. Khafagi said in a personal statement he hoped President Mohamed Morsi would call for an “emergency meeting with the National Defence Council to discuss Ethiopia’s violation of national security”.

The Conscience Front also condemned Ethiopia, saying their actions contravene international agreements and treaties, and threatens Egypt’s share of the Nile water. According to the statement the front expressed concern regarding the Egyptian government’s soft approach to the issue.

The Freedom and Justice Party has as of yet not released a statement. According to one of its spokespeople, Mohamed Soudan, the party could be expected to address the issue on Wednesday, although no official notice has been made.

The presidency, however, was quick to say the diversion of water will not affect Egypt’s portion of the Nile water.

The distribution of the Nile water is a contentious issue for African countries along the Nile’s path. Egypt receives the lion’s share of the water, followed by Sudan, as per colonial-era agreements with England. Egypt is assured 55 billion cubic metres of Nile water every year out of the estimated 84 billion cubic metres produced annually.