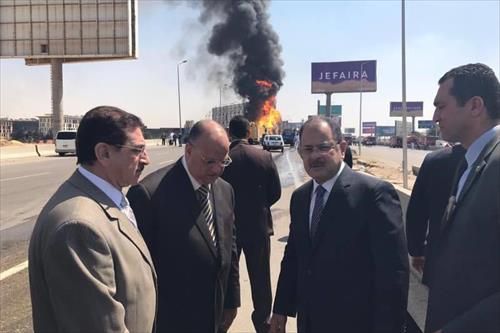 One civilian was killed and ten others were injured after a gas pipeline exploded in New Cairo neighbourhood. The police and civil protection personnel are still trying to put out the fire.

The Health Ministry said the only fatality was a citizen who passed away after sustaining serious burns. The other people injured in the incident also suffered from burn injuries and are now receiving medical care.

After the incident, the Cairo Security director and the Interior Minister visited the scene of the fire.

Security sources say the explosion came as a result of a construction loader crashing into the pipeline. The Ministry of Interior is yet to release a statement about the cause of the explosion.