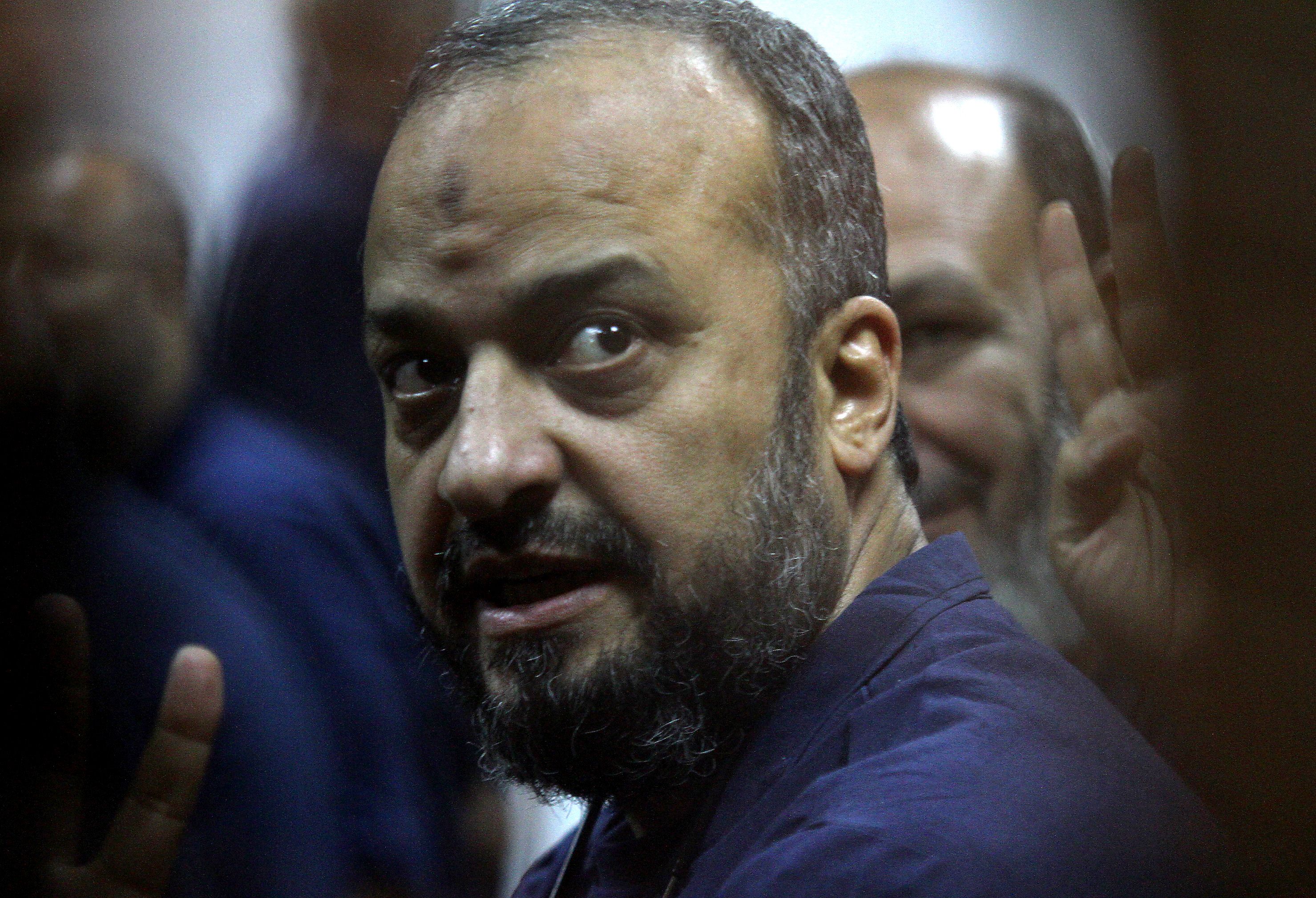 The trial of leading Muslim Brotherhood members in the Cairo Criminal Court for the alleged for torture of two police officers last summer was postponed on Monday to 10 August.

The hearing was delayed in order for the defence to access evidence, reported state-run Al-Ahram.

Those on trial include Freedom and Justice Party (FJP) Secretary General Mohamed Al-Beltagy, controversial preacher Safwat Hegazy, and two doctors from the field hospital at the sit-in at Rabaa Al-Adaweya. All three are accused of attempted murder and kidnapping of Heliopolis police officer Mohamed Farouk and policeman Hani Eid in the Brotherhood headquarters at the encampment.

According to the prosecution’s investigation, there is evidence the defendants captured and physically attacked the two policemen as they secured a march in support of the Brotherhood, MENA reported earlier.

Yasser Shaarawy, a lawyer for the Brotherhood-backing Anti-Coup Alliance, had previously claimed that the policemen fired gunshots during a pro-Muslim Brotherhood protest. They were consequently captured by the protesting youth and taken to the Rabaa Al-Adaweya platform. He denied the existence of evidence against the defendants.

Al-Beltagy was arrested in a rural village in Giza while Hegazy was arrested on the Siwa-Matruh road, close to the Libyan border in August. The former is also being tried alongside former president Mohamed Morsi and other Muslim Brotherhood leaders for inciting violence outside the Presidential Palace on 5 December 2012. The alleged violence resulted in at least five deaths and 693 injuries.

Morsi, whose ouster sparked violent demonstrations across Egypt, is the defendant in four separate cases: inciting the killing of protesters during deadly clashes outside the Presidential Palace in December 2012; insulting the judiciary; escaping from prison during the 25 January Revolution; and spying for Hamas and other Islamist groups.

Morsi has been in custody since being ousted by the military on 3 July. Until his first appearance in court on 4 November, his place of detention was unknown.