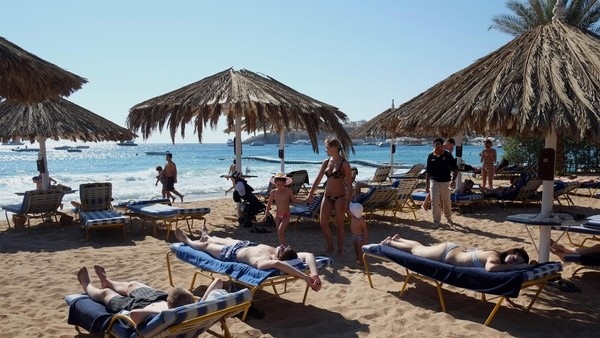 Occupancies in hotels along the Red Sea and South Sinai increased following the German foreign ministry’s decision to lift travel warnings to Sharm El-Sheikh at the end of last week, said Hany Al-Shaer, vice president of Egypt’s Chamber of Hotels.

The ministry’s lifting travel warnings to the city of Sharm El-Sheikh last weekend boosted travel to tourist areas in Egypt, according to El-Shaer.

The German Ministry of Foreign Affairs issued the travel warnings as a result of the deaths of three tourists last February in a attack targeting a bus close to the Taba border.

Last week, occupancies in Sharm El-Sheikh hotels did not exceed 30%, said Al-Shaer, who adding that Europe is a very important tourism market for Egypt and represents 72% of tourism traffic annually.

Al-Shaer feels that occupancies last month in Hurghada were much higher than other areas in Egypt, especially South Sinai and Cairo.

Despite the increased occupancy in Hurghada, the capital city of the Red Sea governorate, occupancies in Marsa Alam reached only 40%,said the president of the Tourism Investors Association, Adel Rady.

Marsa Alam’s hotel capacity is approximately 20,000 rooms according to Rady, saying: “The area is promising for attracting tourists from Southern Europe, especially Italy and France, and we are working to compete with Sharm El-Sheikh.”

According to Rady, 98% of tourists visiting the area are foreigners and rates for Egyptian visitors are very low.

He believes that launching an air route to Marsa Alam from Cairo will increase the influx of Egyptians, especially throughout the summer months, which are Egyptian’s primary tourism season.

Egypt is working to increase communication with European tourism companies to convince European countries to lift travel warnings to the Sinai Peninsula, said Ahmed Shoukry, president of the International Tourism Sector at the Ministry of Tourism.

“Germany is a leading market for tourism to Egypt and the European countries consider it the focal point of travel to Egypt,” he said.

According to Egypt’s Ministry of Tourism, Germany accounted for 850,000 tourists last year, bringing in more than $650m in tourist revenues.