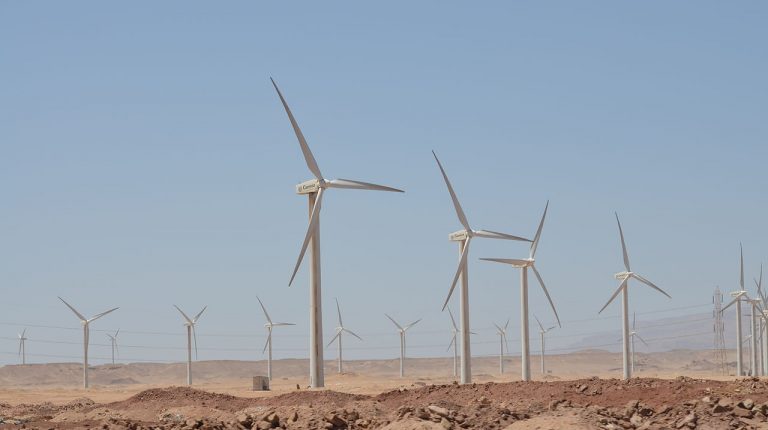 The wind farm, equipped with 125 2.1 MW wind turbines, was completed 45 days ahead of schedule.

The 262.5 MW project is executed on a build-own-operate basis under a 20-year Power Purchase Agreement (PPA) with the Egyptian Energy Transmission Company, marking the first renewable energy project of its kind and size in Egypt for an Independent Power Producer.

To mark the event, an opening ceremony was celebrated today at site of the wind farm, with representatives from the companies involved, including Siemens Gamesa, and institutions.

The project has been a driver of economic growth and job creation in the area during the construction of the wind farm, as most of the suppliers were local. It has specifically involved a total of more than 50 subcontractors across the area, creating approximately 140 jobs.

The 15-year service agreement, provided by local workforce, will also help increase activity and employment in the area. Some of these local suppliers are El-Masria Equipment, that supplied the cranes, SIAG, DSD Ferrometalco, and NSF, that manufactured all the towers locally, along with support from Power Zone and Petrotec.

Apart from the job creation, the projects led to industrial integration and value chain, which is one of the main priorities of Siemens Gamesa for a sustainable development of Egypt and Africa in general.

Managing Director of Siemens Gamesa in Egypt Ayman Saad, highlighted during the event: “Since 2005, as the first company to deliver clean wind energy in the country, Egypt has always been a key market for Siemens Gamesa. This project, which strengthens our commitment to the country, is unique in the history of our presence in Africa, since we have been able to install the wind turbines in record time: 45 days ahead of schedule. The production of five turbine foundations per week by Orascom Construction ensured the supply of the wind turbines was seamless. The learnings we have amassed from this project from conception to completion will be carried through to all other projects in Egypt and the continent.”

“The country offers huge growth potential in wind power, especially in the Gulf of Suez and the Nile Valley. It is one of the 15 countries worldwide presenting the greatest potential for growth, as it is expected to install 6,500 MW of wind power capacity by 2026. Today, Siemens Gamesa is the market leader in Egypt. With the new capacity of Ras Ghareb, Siemens Gamesa has a total of 1,249 GW installed in the country,” added Saad.

The building of the wind farm comes as part of the Egyptian government’s plan to increase dependency on renewable energy sources so that the ratio of power generation from renewable sources reaches 20% of Egypt’s electricity production by 2022, and 42% by 2035.