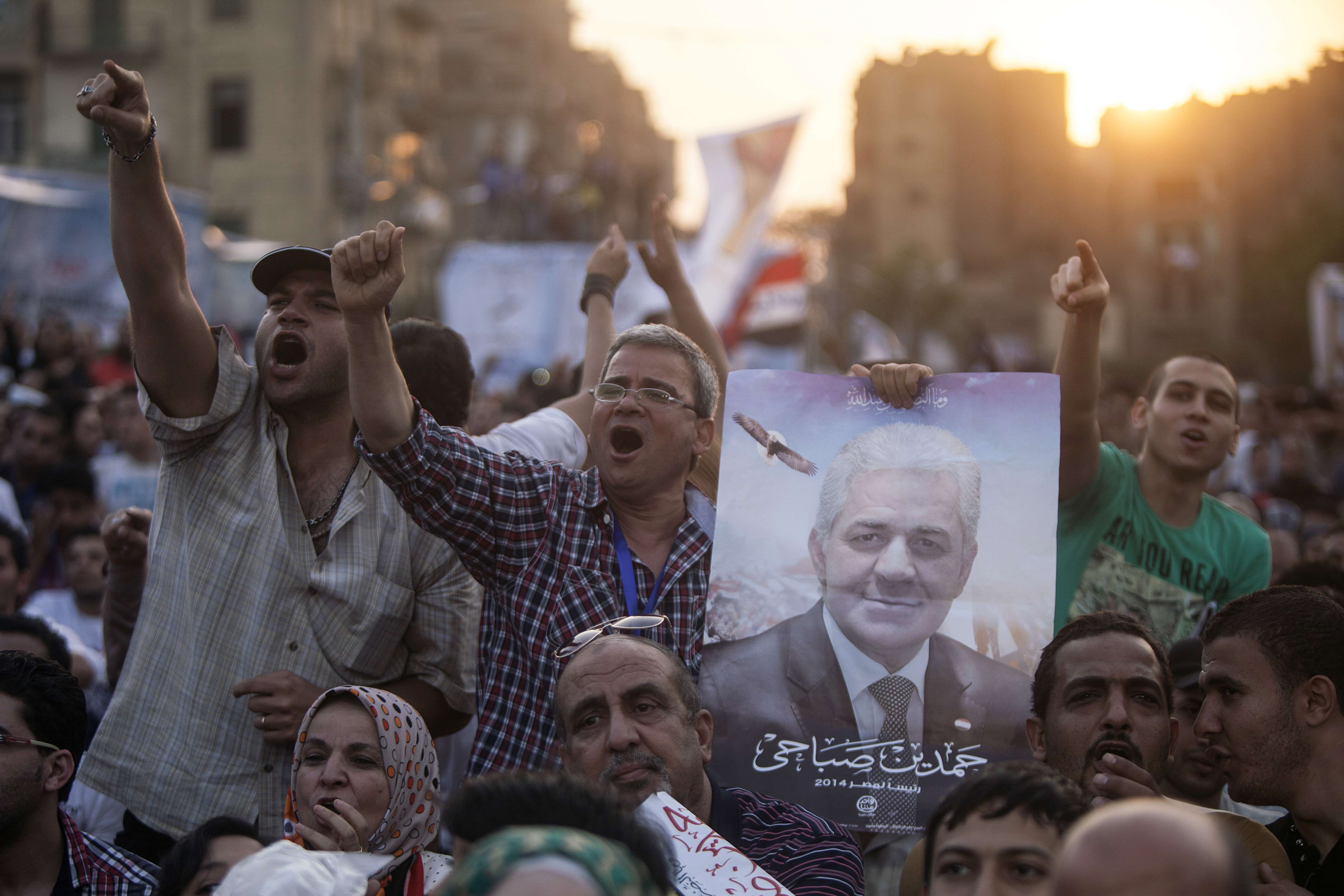 Egypt’s presidential elections have been narrowed down to a two-horse race between former minister of defence Abdel Fattah Al-Sisi and Nasserist politician Hamdeen Sabahy. Both candidates recently released their economic platform, promising prosperity and development in various sectors. With the elections taking place on Monday and Tuesday, the Daily News Egypt lists some of the major economic promises made by both presidential candidates in their economic platforms.

Economic platform announced on 3 May. Platform includes 21 projects with specified budgets and timeframe.

Several employment figures attached to each announced project but without specifying target for decreasing the unemployment rate.

Platform aims to establish 1m small and medium enterprises during the first year of Sabahy’s term and 5m after four years.

Platform intends to open 400 mines and quarries where Egyptian youth would be hired and trained by experts from the Egyptian Mineral Resources Authority.

Plan to raise the level of self-sufficiency in grains to 75% and provide farmers with EGP 1bn worth of seeds on a yearly basis. It also includes plans to implant 300,000 acres with cotton and double production of meat and dairy.

Sabahy promises to establish a silicon industrial complex within two years, with a total budget of $250m, along with a poly silicon facility.

Economic platform announced on 20 May. Plan was removed then republished on official website.

Platform addresses sectors but does not specify how many projects it would include. Generally, no budgets or timeframe were provided.

Platform seeks to reduce public debt to 74.5% of GDP.

Aside from inclusion in tourism development plan, Upper Egypt addressed in economic platform in a general way without naming specific projects.

Platform promises unprecedented development in the tourism sector, targeting 30m tourists annually through the development of 26 cities and integrated tourist centers across 21 governorates.

22 cities for comprehensive metallurgical industries will be introduced in various Egyptian governorates such as Beheira, Qena, Minya, Aswan, Luxor and North Sinai.

Platform discusses several energy improving steps including use of solar-powered lamps to save energy.

Platform advocates increasing agricultural production through introduction of ‘modern techniques’ which would save 10% water consumption and multiply production eight times. Platform promises to double fish and animal production and improve the irrigation system of 6m acres.