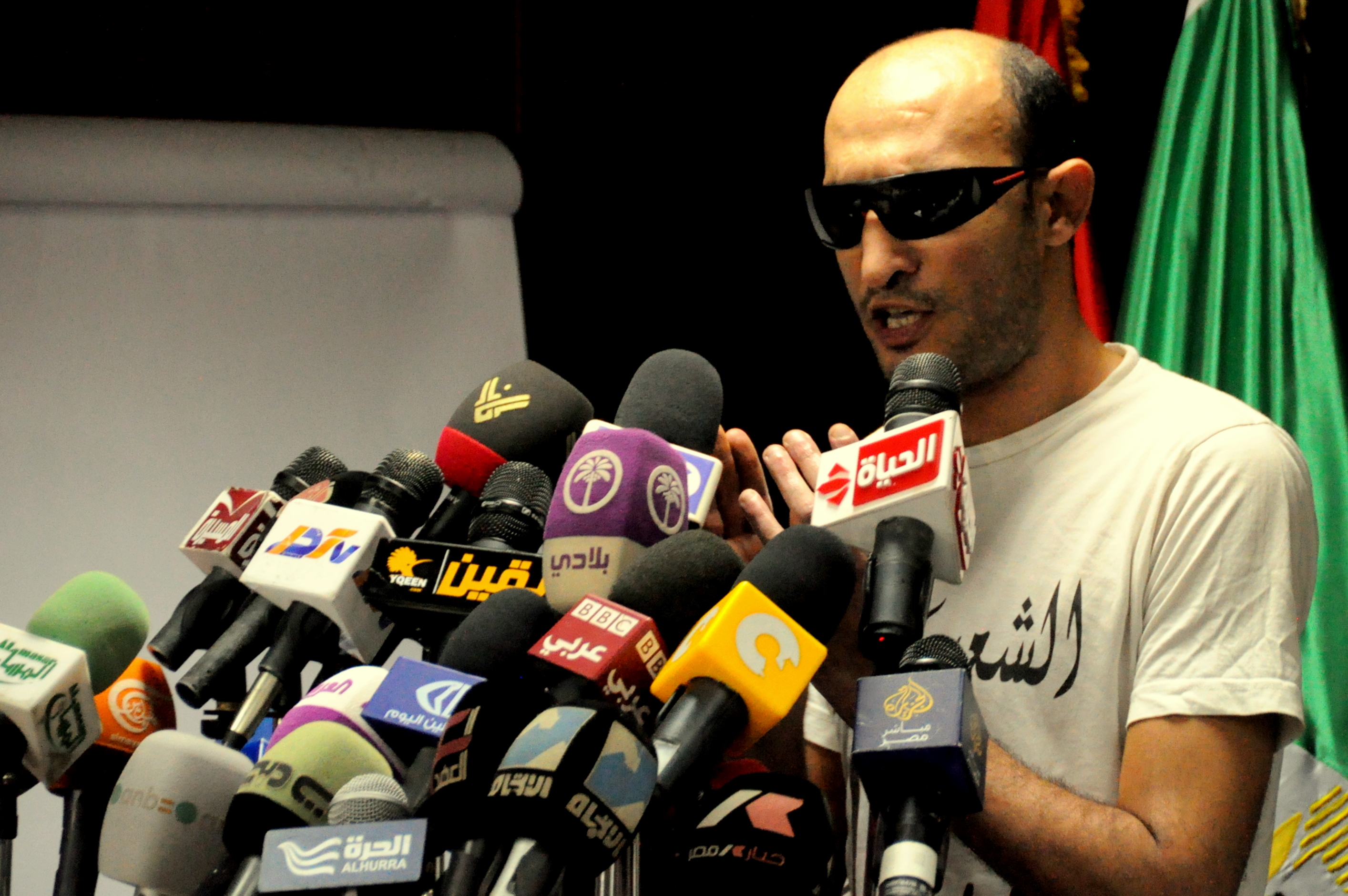 The Coordinating Committee for 30 June announced in a press conference on Saturday afternoon its plans for the upcoming protests.

The committee announced that 34 political parties, including Al-Dostour and Wafd parties, have participated in the committee and shared ideas that will be reflected in the upcoming protests on 30 June.

Ahmed Harara, a member of Al-Dostour Party and prominent political activist, said “on 30 June, our focus is to gain back our revolution; our goal is to have an emergent country.” Addressing the Muslim Brotherhood, he said that the Tamarod campaign has gained the Egyptian people’s trust because of the “deception and lies” by the Brotherhood.

The coordinating committee announced its plans before 30 June: starting on 23 June, human chains will be formed in Shubra under the motto ‘Muslim Brotherhood’s failure,’ and at 5 pm a march will take place through the streets of Shubra.  On 25 June, the Tamarod campaign will pass out leaflets in 16 metro stations, calling for metro workers to join the protests. On 27 June, a march will take place at 5 pm in Sayeda Zeinab.  A march will begin on 28 June from Al-Azhar to Tahrir Square. At the same time, activists will stage a sit-in in Kitkat Square in Giza.

Mahmoud Badr, Tamarod’s spokesperson, said that “if it wasn’t for all the unknown school and university students, we couldn’t have reached or dreamt of 30 June. They began the revolution and will remain till the end.”

During the press conference, Engineer Khaled Al-Sayed, a member of Al-Tayar Al-Sha’aby, said that the committee’s goal is not only for the fall of the Brotherhood regime, but to not allow any remnant of the previous regime to  return in power. “This is an Egyptian revolution, and it will remain ours,” said Al-Sayed.

The committee stressed that this is a peaceful protest demanding the rights of Egyptians and what the 25January revolution called for; bread, freedom and social justice.

Yasser Al-Hawary, a member of the committee, announced that in 48 hours, it will discuss what will be done after the fall of Morsi and a press conference will be held to announce the decisions.

Disorder erupted during the press conference when one reporter questioned the committee on the wisdom of treating the Muslim Brotherhood as enemies. “A government that has killed its people, that is corrupt at all levels and unresponsive to its people is an enemy,” responded Harara.

Al-Hawary said that the committee’s objective on 30 June is to organize small protests all around Egypt’s streets, advancing to main streets, and then to the known squares. That way every street will be witnessing the protests. “We will roll like snowballs, dropping from everywhere, and then stage sit-ins,” said Al-Hawary.