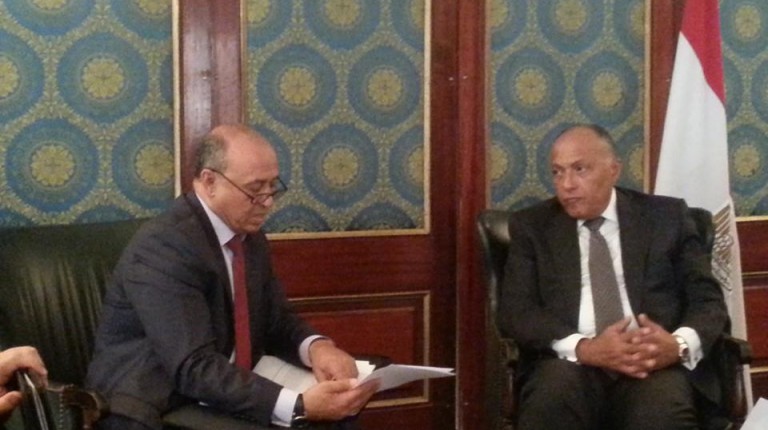 Egypt “strongly condemns the terrorist bombing that targeted the Egyptian embassy in Tripoli,” the Egyptian Ministry of Foreign Affairs said in a statement on Thursday after a car bomb exploded outside the embassy.

A bomb was also discovered in front of the United Arab Emirates’ embassy, a Libyan official told the Associated Press.

The statement added that this was “a clear violation of international laws and norms,” especially regarding the “sanctity of diplomatic headquarters”.

The embassy building sustained some damage but no injuries were reported.

Egypt also condemned other “terrorist” attacks against embassies and official government buildings throughout Libya, the statement said adding that “despicable terrorist acts seek to [hinder] the goals of the Libyan people”.

The statement added that the “terrorist attacks” aim to destabilise Libya and the initiatives taken by Libya’s neighbouring countries to achieve “stability” in the country.

The statement specifically referred to the 25 August conference of Libya’s neighbouring countries in which representatives from Algeria, Tunisia, Sudan, Libya, and Egypt met to discuss “a political solution to the Libyan crisis”.

Militant groups and rivals of the Abdallah al-Thinni government have accused Egypt of military intervention in Libya.

Libya has been facing a tense security situation since 2011 after the ouster and death of former president Muammar Gaddafi.