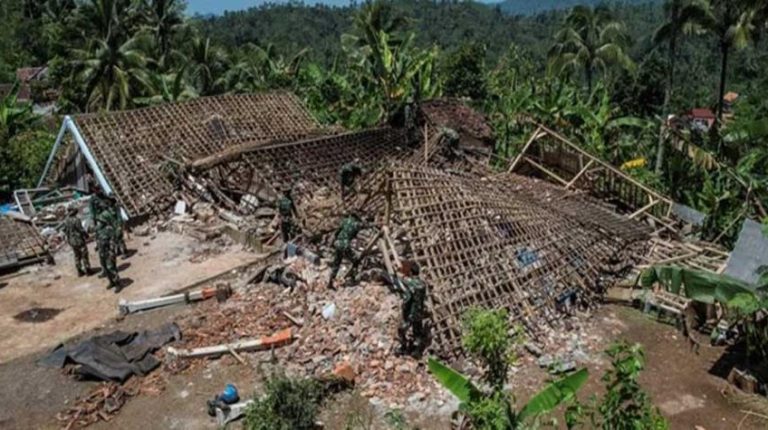 Egypt expressed its sincere condolences for the victims of the earthquake that hit Indonesia, resulting in dozens of deaths and injuries, the Ministry of Foreign Affairs said in a statement on Monday.

Egypt also expressed its sympathy and solidarity with the government and people of Indonesia and the families of the victims in this painful disaster, wishing a speedy recovery for the injured.

An earthquake shook Indonesia’s main island of Java on Monday, killing at least 46 people and damaging dozens of buildings, prompting residents to take to the streets of the capital in search for safety.

The US Geological Survey said the 5.4-magnitude quake was centered in the Ciangur District of the West Java province at a depth of 10 km.

Many landslides were reported around Ciangur and dozens of buildings were damaged, including an Islamic boarding school, a hospital, and other public facilities, according to an Indonesian news agency.

The earthquake was also strongly felt in the Greater Jakarta region, with high buildings in the capital swaying for more than three minutes.