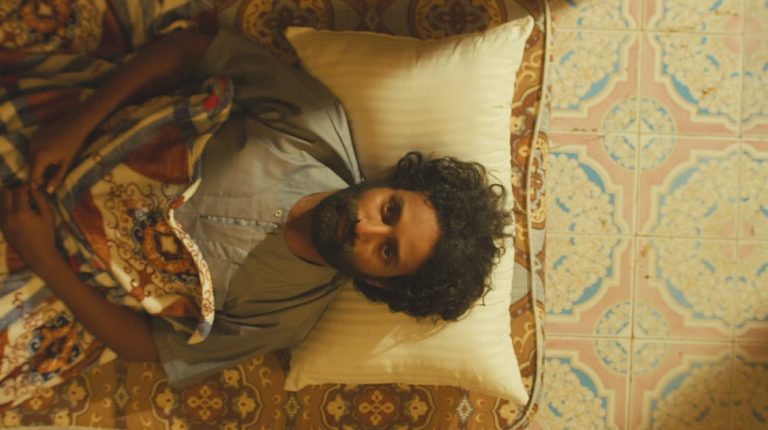 The Red Sea International Film Festival (RedSeaIFF), which is set to take place from 1-10 December in Jeddah, nestled on the eastern shore of the Red Sea, today announced its first slate of films in the ground-breaking section ‘New Cinema/New Saudi for its second edition. The impressive line-up features 11 world premieres and 5 international premieres.

Following on from the success of the inaugural edition, the Red Sea International Film Festival will welcome filmmakers, talent, media, and audiences present for a 10-day celebration of over 120 of the best films from around the world, alongside a packed program of industry and public events.

Mohyee Qari, Program Manager at the Red Sea International Film Festival, said: “Last year, the Festival was applauded for showcasing a wealth of captivating shorts from new voices. I’m thrilled to announce the second edition’s line-up of Saudi filmmakers is once again a showcase of the country’s talent who are taking creative risks and forging new pathways. Each film is so different but interesting characters and compelling storytelling are the common denominators across the selection. The film industry continues to accelerate at a considerable pace and the filmmakers in this section truly represent the future of filmmaking in the Kingdom.”

Last Chance to Fall in Love directed by Faisal Buhishi is a touching, poignant story that follows an old man who finally gets the chance to reunite with his first love after 50 years.

Casting directed by Ali Basaeed, Casting focuses on a man’s frustration caused by the interference of people in his personal life. His attempt to try to distance himself from them only finds him in a deeper struggle.

Requiem for Silence directed by filmmaker, producer and actor Majed Z. Samman explores the struggle he has with the unwanted malicious entity who unexpectedly comes into his life and the acceptance of their coexistence.

YALLAH, YALLAH, BEENAH! directed by Mohammed Hammad transports the audience down the rabbit hole where a gang of pre-teen kids are sent on a psychedelic mission to save humanity all while under the influence of a spell put forth by a coven of witches.

Old Phone Number, directed by Ali Saeed introduces us to Hamed (Yacoub Al Farhan) in the midst of a mid-life crisis which prompts him to repent by travelling to Mecca to seek forgiveness and change the course of his life. However, during the desert road trip, something happens that prevents him from completing his long spiritual journey and makes him return to meet someone who lives in his past.

Forgive Me, directed by Jubril Mohammad is the tale of a bride on the most special day of her life who is left jilted by the groom on her wedding night. Taking all the wedding guests with her, she bravely tracks him down to seek the answers she deserves.

Othman, directed by Khaled Zidan is a story of a security guard at a government hospital’s parking lot, who lives quietly with his cousin Fahd. But things soon take a turn that shakes Othman out of his stupor and forces him to face reality.

Forward, directed by Fahad Alotaibi, Forward revolves around an underground hacker who gets a phone call from the future that warns him from something serious is coming…

Tea Leaf, directed by Mohammed Baqer is a film about regret and pain in the experience of separation. A husband drinks his tea and painfully reminisces over situations with his ex-wife and the love and struggles they were experiencing.

A Swing, directed by Raneem Almohandis and Dana Almohandis follows Leen, a ten-year-old girl, who embarks on a trek through the woods to look for the mystery of the magical swing that her military father used to tell her stories about and promise to take her there one day.

When Red Blooms, directed by Tala Alharbi and winner of the festival’s 48-hour Filmmaking Challenge ventures into the mind of a girl who sets unrealistically high expectations for herself, leading to a string of self-destructiveness and morbid perfectionism.

The Child in his Closet is directed by Khaled Zidan and winner of the Red Sea International Film Festival’s 48-hour Filmmaking Challenge and explores the theme of childhood memories, how we interpret our earliest experiences, and how they make us feel.

Kabreet, directed by Salma Murad tells the story of Osama, a young man in a quarrel between his emotions and memory as he tries to find a thread leading to answers. He tries to awaken a part of him that gives him the reason but his reasoning is brutal, maybe even abusive.

Memories from the North directed by Abdulmohsen Almutairi is a documentary about the Gulf War marking its 30-year anniversary which follows a crew of filmmakers who witnessed the events as children set out on a journey across Saudi Arabia to capture stories of people who lived through the war.

Lucky You’re Mine directed by Noura Abushosha is a modern Saudi marriage story. Ahmad and Salma are newlyweds, and days after the wedding, Salma has a bipolar manic episode following the sudden death of her mother. Ahmad is determined to stand by his wife, but the couple finds themselves at a crossroads and unable to talk. Will their marriage withstand its first test?

Zabarjad directed by Hussain Al-Mutlaq follows Yehya who returns to his village to settle in after deciding to drop out of college, but a visit from his father’s old friend turns Yehya’s life upside down which forces him to leave the village.

The second edition of the Red Sea International Film Festival will run in Jeddah, Saudi Arabia from December 1-10, 2022.