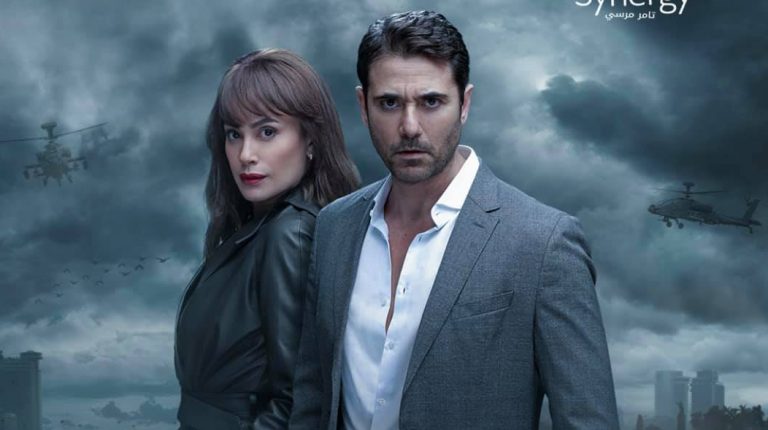 The June 30 Revolution is considered one of the greatest acts of civil disobedience in the history of Egypt, as it stemmed from the Egyptian people and their sense of responsibility.

Consequently, the Egyptian artistic movement has always been in tune with the country’s political and social developments throughout its long history, and our history is full of works of art that came to being in the wake of revolutions and victories, amid a state of national fervour that affected both the creator and audiences.

Since the outbreak of the 30 June 2013 Revolution, the Egyptian people have sharpened their determination and conscience to commemorate the historical event with various pieces of art.

Here is a list of movies, shows, and other art forms that have tackled the theme of Egyptian revolution.

In its three seasons, especially the third season — which was aired last Ramadan — patriotic soap opera ‘Al-Ikhtiyar’ revealed many previously unknown details surrounding the June 30 Revolution, portraying the many sacrifices of various government bodies to save the country from ruin.

The show’s plot confirmed that the Egyptian people made the right decision by backing this revolution that has been immortalised and will be referred to for generations to come as a turning point in Egypt’s modern history.

‘Hagma Mortada’ revolved around a pivotal moment of the June 30 Revolution, specifically President Abdel Fattah Al-Sisi’s speech when he was the Minister of Defence at the time.

Many critics considered the show a re-telling of the historical discourse surrounding the events of the revolution and the litany of conspiracies against the Egyptian state that began after the fall of Iraq in 2003.

The show also tackled the hidden role played by the men of the Egyptian General Intelligence Service (GIS) in thwarting plans to implement many major terrorist operations that were funded by insidious parties trying to take advantage of the events of the January 25 Revolution in 2011.

More specifically, it was around the time that the armed forces announced that they would take to the streets to protect the country and its public and private properties, which filled Egyptians with a sense of relief that hostile parties sought to ruin with chaos and violence.

‘Selsal Al-Dam’ was also among the dramas that covered the June 30 Revolution and the fall of the backwards theocratic regime of the Muslim Brotherhood.

‘Imbratoriet Meen?’ revolved around the social and political changes that occurred in Egypt after the January 25 Revolution until the June 30 Revolution.

The show sheds light on the practices of the outlawed Muslim Brotherhood, including their intimidation of women on the street, the impact of their extremist religious discourse on the street at the time, and their attempts to infiltrate all sectors of the state, prompting the Egyptian people to reject their rule and overthrow them.

There have also been many movies that covered the events of the June 30 Revolution, including ‘Al-Mashasati 2’, which was a cynical retelling of the events that occurred between January 25, 2011, and June 30, 2013.

The film criticised the Muslim Brotherhood’s rule over Egypt and highlighted the speeches of ousted president Mohamed Morsi and the public’s reactions to them.

Next up was the movie ‘Eshtebak’ (‘Clash’), which was filmed inside of a police van that was packed with various demonstrators ranging from supporters to opponents of the Muslim Brotherhood after the events of the June 30 Revolution.

Furthermore, there have been a number of theatrical works that dealt with the revolution.

The Artistic House featured many plays that dealt with what happened after the June 30 Revolution indirectly by addressing the reasons behind its occurrence, calling for the renewal of religious discourse, social justice, and other societal issues.

These works contribute to the dissemination of aesthetic values that were in line with the principles of the revolution.

Examples of these works include ‘The Day they Killed Singing’, ‘The Forty Rules of Love’, ‘The Moon of Lovers’, and ‘The Court’.

Among the most successful of these plays was one called ‘Coma’, which was performed on the Artistic House’s stage.

Coma was considered a political text with a comic tint. The events of the play revolved around an Egyptian who happened to go to the Tahrir Governmental Complex during the January 25 Revolution to obtain documents for his passport to travel abroad.

The protagonist is then exposed to gunfire, severely injuring him and putting him in a coma that he does not wake up from until June 30, 2013, only then to find himself surrounded by all the revolutionary forces that appeared on the political scene during his absence, all of which try to secure his allegiance. 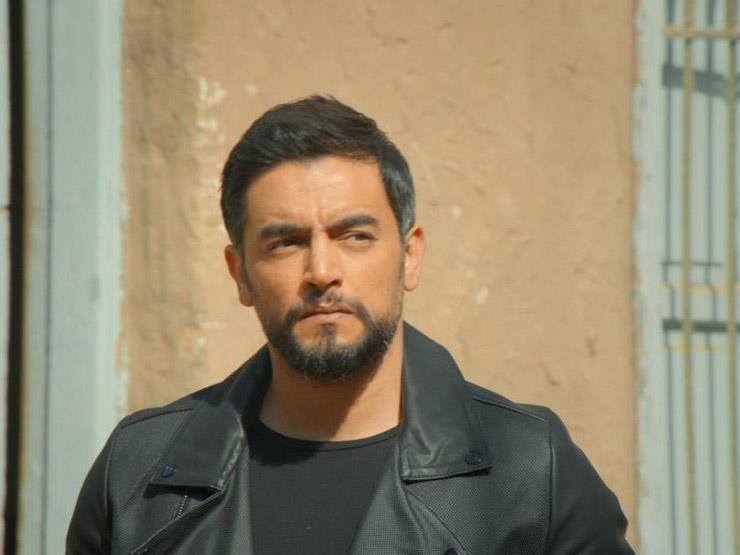 Celebrities and the June 30 Revolution

“The June 30 Revolution is considered a turning point in the history and future of Egypt. It is a turning point from darkness to light. I consider it one of the most important events that occurred in the country over the past 30 years.”

“Unfortunately, we lived through a difficult period because of the Muslim Brotherhood, whose rule was full of destruction and devastation, and I was afraid to take to the streets at the time.”

“But after the army sided with the will of the people — millions of which were demonstrating in the squares of Egypt — I felt proud… proud, and safe. I was confident in our great army because they are the protectors of this dear country. I consider June 30 a new victory and the beginning of a new republic full of construction, stability, security, and safety, and this is what President Abdel Fattah Al-Sisi was keen to achieve.”

The June 30 Revolution sprang forth from the will of the people, and I see in the memory of June 30 a real strength and victory. The Egyptian people will continue to celebrate this great victory, which is one of the most important and best victories achieved by the people and the army together.”

“The June 30 Revolution will remain a national epic in which people from all sects and classes defeated the forces of evil and restored the prestige of the state under the leadership of the loyal leader Abdel Fattah Al-Sisi, who changed the shape of Egypt, fulfilled the dreams of citizens, and preserved the identity of Egypt.”

“Egypt has witnessed a boom in terms of infrastructure and roads — which are considered among the most important things that contribute to increasing investments — as well as remarkable developments in the field of health and treating citizens.”

“On June 30, we all celebrate what happened in Egypt in terms of social, economic, and political booms. Since then, there has been a major leap in terms of the level of infrastructure and investments in the country.”

“Egypt’s foreign relations have also witnessed a great boom with all countries of the world. In art, Egypt was able to regain its artistic leadership once more with the presentation of huge and important national works that contributed greatly to increasing the awareness of citizens and the entire Arab nation towards what Egypt witnessed during the rule of the Muslim Brotherhood and before.”

“For me, June 30 is a national celebration because I see it as a victory for all Egyptians. In terms of the art scene, many Egyptian celebrities were attacked and insulted by the Muslim Brotherhood, and we can never forget that difficult period that we all went through.”

“Many art projects were created after June 30 in an attempt to reveal the severity of the situation to all. Egyptians cannot hope to comprehend the importance of this celebration without watching the three seasons of Al-Ikhtiar.”

“I hope to be part of more works of art that display the heroism and sacrifices the country made during that time.” 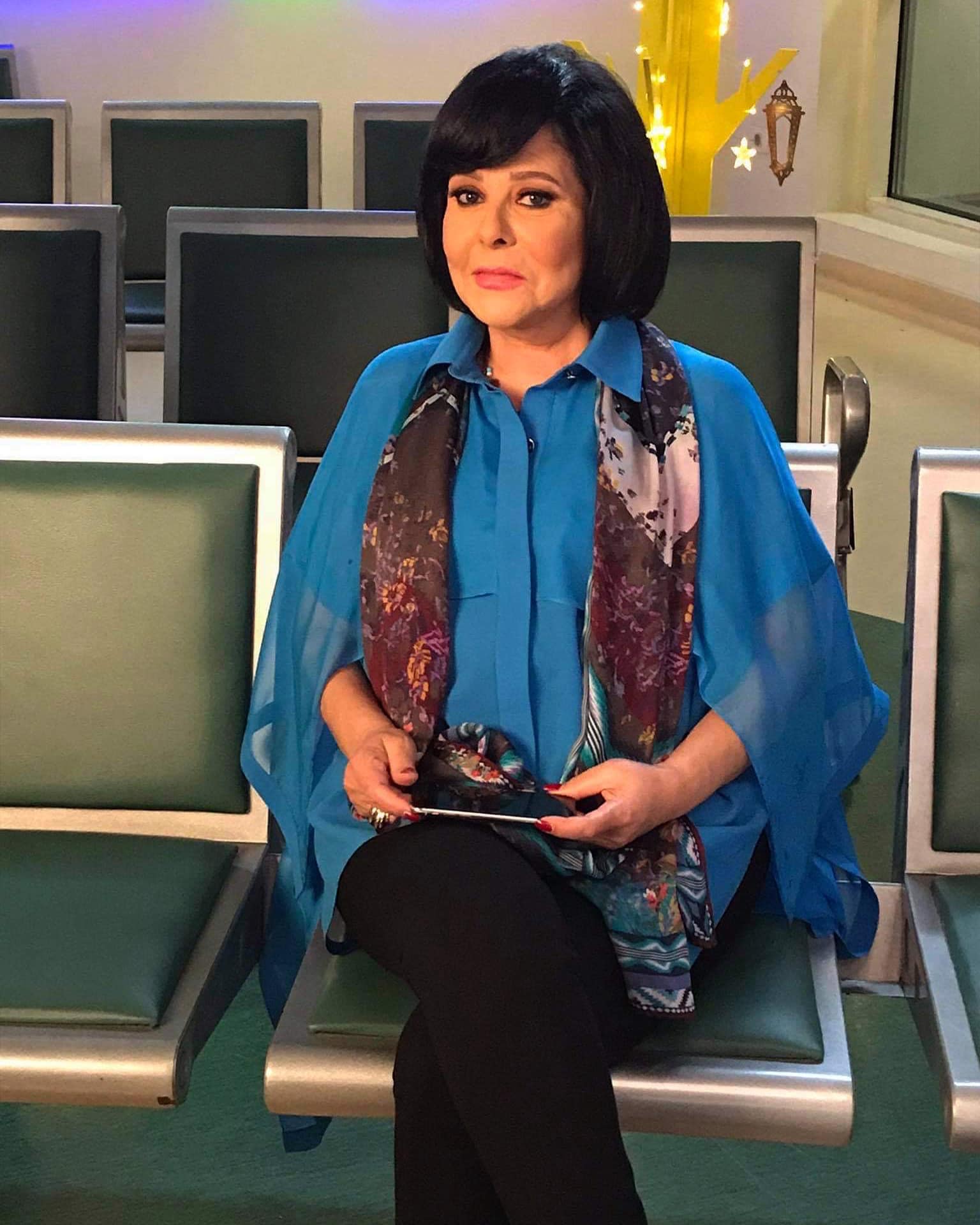 “I would like to congratulate the Egyptian people on the anniversary of the June 30 Revolution, because it is a really beautiful occasion for everyone given how it changed our lives for the better.”

“Everyone feels safe, secure, and peaceful, and I hope that it will remain like this forever, and that Egypt will remain a pioneer in all fields. What the June 30 Revolution brought about is enlightenment in our lives, and what happened after that is a comprehensive positive change in various aspects of life.”

“Every year on the same date, I remember exactly how great this day was; the feelings and enthusiasm were real on June 30, 2013. It was a great day in the history of Egypt and in the hearts of all Egyptians.”

“I would like to congratulate the Egyptian people for what they achieved during that tumultuous time, which witnessed the unification of all Egyptian sects and classes, the triumph of their will against the forces of terrorism and extremism, the affirmation of the existence of the real Egyptian state, the interdependence of all its members, the cohesion of its institutions, and the restoration of its stability.”

“It was the beginning of building a modern state in all fields. One of the most important achievements of the glorious revolution is the restoration of Egypt to its true position regionally and internationally under the wise leadership of our President Abdel Fattah Al-Sisi.”

“I salute the brave men of the Armed Forces and the civil police for the tremendous efforts made to protect the security of our country at home and abroad. May God protect them and our country.”

“The June 30 Revolution was a message from the Egyptian people to the whole world that Egyptians will not compromise their rights and freedom. I stress that without the presence of the hero, President Abdel-Fattah El-Sisi, as a leader of the June 30 Revolution, Egypt would not have been able to end the nightmare of the Muslim Brotherhood.”

“It suffices that since the June 30 Revolution, the whole world — when the name of Egypt and President Abdel Fattah Al-Sisi is mentioned — praises what happened. We have become the focus of the world’s attention after the many achievements that this administration has accomplished in all fields.”