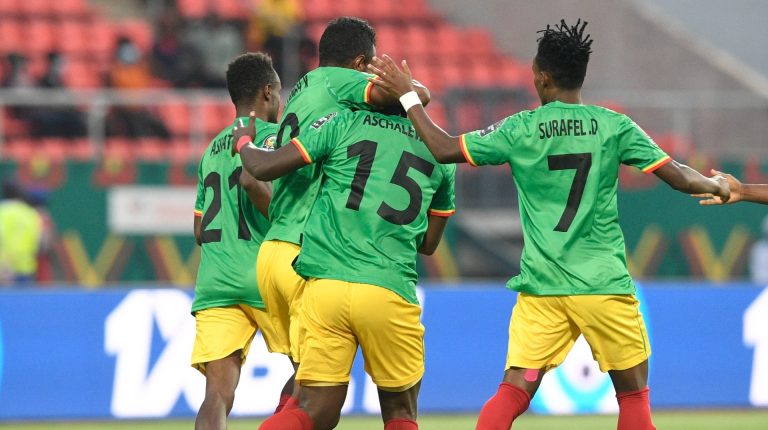 Egypt has suffered an unexpected defeat losing 2-0 to Ethiopia in the African Cup of Nations 2023 qualifiers, on Thursday.

Egypt felt the full impact of Mohamed Salah’s absence as they slumped to a shock 2-0 loss to Ethiopia at the Bingu National Stadium in Lilongwe, Malawi on Thursday.

Egypt’s team disappointed sports fan in coach Ehab Galal’s first appearance with the Pharaohs in the qualifiers for the 2023 AFCON.

The Egyptian team will play its first two matches in the period from 30 May to 14 June. The third and fourth matches will be held from 19 to 27 September, with the last two rounds to be held between 20 and 28 March 2023.

Egypt were handed a favourable draw in the Africa Cup of Nations (AFCON) qualifiers after being placed with Ethiopia, Malawi, and Guinea in Group D, as the Pharaohs eye a record-extending 26th appearance.

The teams participating in the 2023 AFCON qualifiers were divided into 4 levels, each comprising 12 teams, according to the classification of the International Football Association (FIFA). Egypt ranked in the first level, along with Senegal, Morocco, Nigeria, Tunisia, Cameroon, Algeria, Mali, Ivory Coast, Burkina Faso, Ghana, and the Democratic Republic of the Congo.

Only Ivory Coast guaranteed its presence in the 34th edition of AFCON, as the hosts of the tournament.