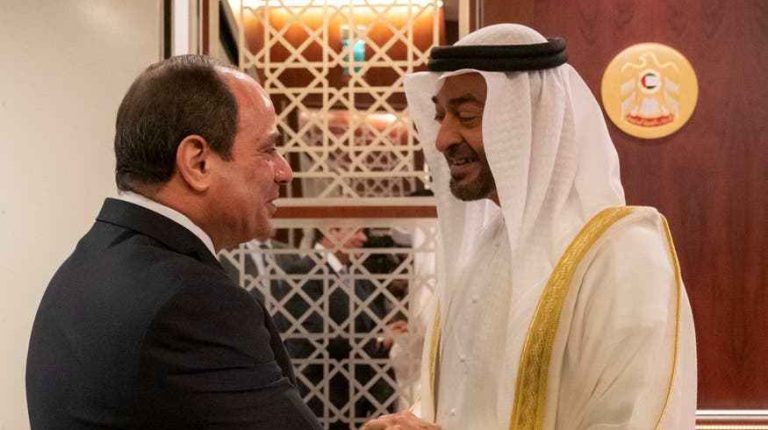 Egypt’s President Abdel Fattah Al-Sisi offered his condolences to Sheikh Mohammed bin Zayed Al-Nahyan — the Crown Prince of Abu Dhabi — in a phone call on Wednesday for the victims of a terrorist attack that took place near Abu Dhabi Airport.

Al-Sisi also expressed Egypt’s condemnation of this terrorist act that was perpetrated by the Iran-backed Yemeni Houthi Movement.

On Tuesday, explosions and fires broke out in the UAE when Houthi militants orchestrated a drone strike on fuel tanks within the new extension to the Abu Dhabi International Airport.

The president affirmed his country’s support and solidarity for the brotherly country amid this crisis and the steps and measures it is taking in order to defend the UAE’s territory and citizens.

Moreover, he stressed the link between the security and stability of the UAE and Egypt’s national security, which is an extension of the brotherly and historical relations between the two countries and the two brotherly peoples.

Meanwhile, the UAE’s Ministry of Foreign Affairs informed the Egyptian Embassy in Abu Dhabi that two Egyptian citizens were among those injured in the attack.

Sherif Al-Badawi, Egypt’s Ambassador to Abu Dhabi, checked on the condition of the citizens, identified their needs, and provided them with the necessary assistance.

The ambassador reported that the injured are in good health and receiving the necessary medical care and that he will meet with them on Wednesday.