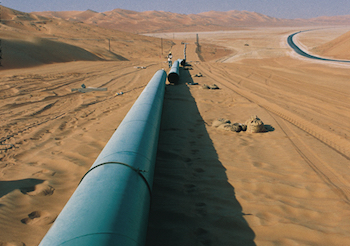 Kharabsheh said his Iraqi counterpart Ihsan Abdul Jabbar informed him of Iraq’s approval of this project and agreed to complete procedures necessary for signing the agreement, according to a statement by the Jordanian ministry.

In the project, a 1,665-km oil pipeline will be built to transfer crude oil with a capacity of 1 million barrels per day from Basra to Aqaba, where Iraqi oil is to be exported to the international market.

The cost of the project ranges between 7 billion U.S. dollars and 9 billion dollars according to the estimation of the Iraqi side, the ministry statement said.

Moreover, Jordan has the right to buy 150,000 barrels of oil daily to be refined at the Jordan Petroleum Refinery Company located in Zarqa Governorate, the statement added.