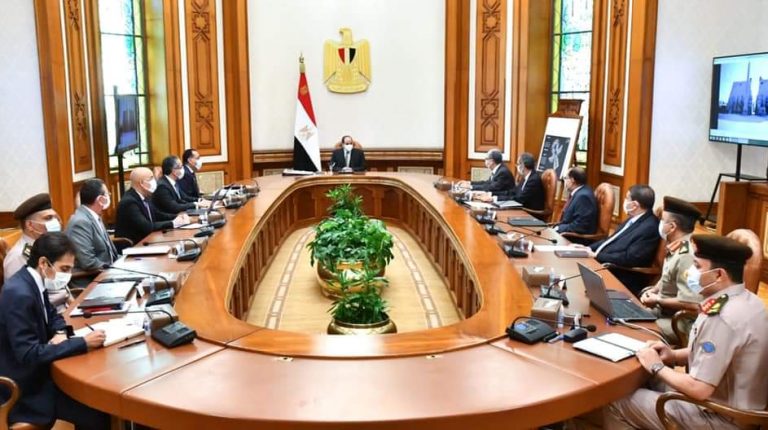 Egypt’s President Abdel Fattah Al-Sisi has directed the formulation of an integrated plan regarding the management and maintenance system for the neighbourhoods and facilities of the New Administrative Capital, in order to achieve and ensure the sustainability and efficiency of the city.

During a Sunday meeting with a number of ministers, the president followed up on several infrastructure projects in the New Capital, including electricity supply, telecommunications network, and digital services.

Egyptian Presidency Spokesperson Bassam Rady stated that the meeting also dealt with the execution progress of the Grand Egyptian Museum (GEM), including its main halls and galleries, and the plan of transferring artefacts from different sites to the museum.

He directed the government to scrutinize all display systems in GEM in order to show the uniqueness and nobility of the ancient Egyptian civilization, emphasizing the value of the museum as a cultural icon for all humanity.

The President also reviewed the recent transfer of the first Khufu boat from the Pyramids area to GEM.

Al-Sisi was briefed on the rates of tourist flows and the latest preparations for the winter season starting next month, as well as the current restoration work in a number of archaeological sites including the Luxor Temple, the Rams Road, and Mohamed Ali Palace in Shubra.

Located next to the Giza Pyramids, the museum will host over 100,000 artefacts that belong to the ancient Egyptian civilization.