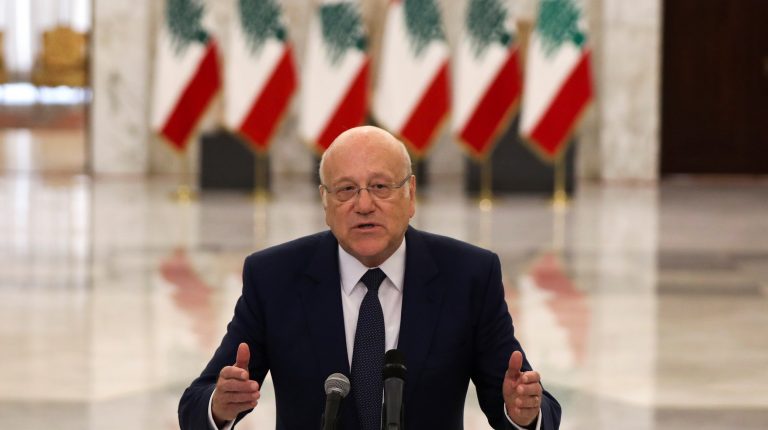 The US has welcomed the formation of a new government in Lebanon, according to a statement by US State Department spokesperson Ned Price.

“The United States welcomes the announcement that Lebanon’s leaders have approved a new government led by Prime Minister-designate Najib Mikati, which gives hope for urgent action to meet the urgent needs and legitimate aspirations of the Lebanese people,” the statement read.

Price added, “We call for a quick approval by Parliament of the new government so that it can carry out tangible reforms to address the deteriorating economic situation in Lebanon.”

He continued, “This year, the United States provided humanitarian aid to the Lebanese people, amounting to about $372 million. We stand ready to support the new government by working hard in the future.”

This comes in light of the crises the country is going through at all levels.

He confirmed that the announcement of the formation of the Lebanese government headed by Mikati provides opportunities to move forward with the reform process while taking the necessary measures to save Lebanon from its crisis.

Tarraf also said that the EU is ready to support sustainable policies to improve the situation of citizens.

Similarly on Friday, the High Representative of the European Union for Foreign Affairs, Policy and Security and Vice-President of the European Commission, Josep Borrell, the formation of the new Lebanese government, considering that the government’s announcement is a key to addressing the current economic, financial and social crises, implementing long-awaited reforms, and preparing for the upcoming elections next year.

Lebanese President Michel Aoun and Mikati signed, on Friday a decree to form the new government, which includes 24 ministers, in the presence of Parliament Speaker Nabih Berri, after a 13-month government vacuum since the resignation of the government of Hassan Diab in August 2021 in the aftermath of the Beirut seaport explosion.