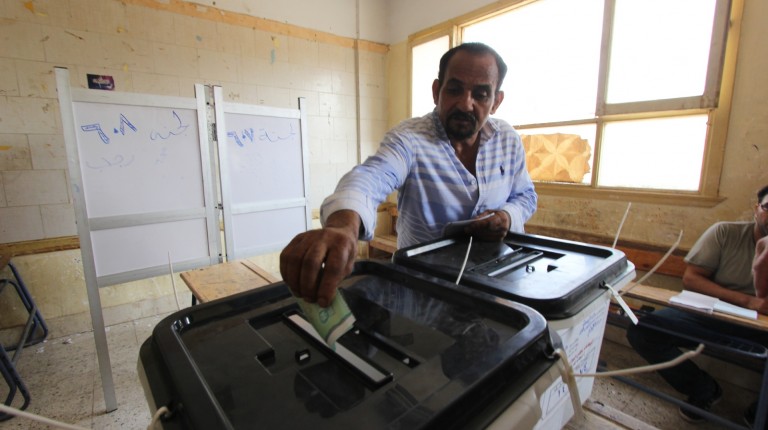 Egyptian expats in 124 countries started voting in the first phase of House of Representatives elections, on Wednesday, casting their votes at 140 polling stations located in embassies and consulates worldwide.

Minister of State for Emigration and Egyptian Expatriates’ Affairs, Nabila Makram, announced that her ministry’s operations room is observing the mail-in voting at Egyptian embassies and diplomatic missions worldwide.

She praised the role and efforts of the National Elections Authority (NEA) in facilitating the electoral process, and the role of public figures in Arab and foreign countries who support and assist citizens there to vote by mail.

The minister added that Egyptians abroad always set a positive example of patriotism and loyalty to their country. She added that overseas voters should keep the secret number they obtained during pre-registration with the NEA, in order to vote in the scheduled second phase of elections. These numbers were provided during the pre-registration process that took place between 27 September and 10 October.

Makram urged Egyptians abroad to participate in the elections, stressing that voting would contribute to building the state and supporting the country’s political processes.

Voting facilities will be open to Egyptian expatriates on Wednesday, Thursday, and Friday, during which time they will be able to select several candidates from the individual list system. This will be dependent on their home electoral district in Egypt, with others from the closed party list system.

A period of electoral silence was put in place on Sunday in the run up to the elections, in time for the voting process to begin for Egyptian expats.

Candidates in the second phase of the parliamentary elections started their electoral campaigning on 19 October. This will continue until 1 November, when the election silence period for the second phase begins.

The first stage of voting in the parliamentary elections is from 21 to 23 October in 14 districts, namely in the governorates of Giza, Fayoum, Beni Suef, Minya, Assiut, New Valley, Sohag, Qena, Luxor, Aswan, the Red Sea, Alexandria, Beheira, and Matrouh. This stage of elections will take place inside Egypt on 24-25 October.

For the run-offs, elections will be held for Egyptian expatriates on 21-23 November, and on 23-24 November inside Egypt.

A total of 568 seats are up for grabs in Egypt’s upcoming parliamentary elections, while 28 seats (5%) will be selected by the President, bringing the House of Representatives’ total number of seats to 596.

Egyptians vote in first phase of House of Representatives elections