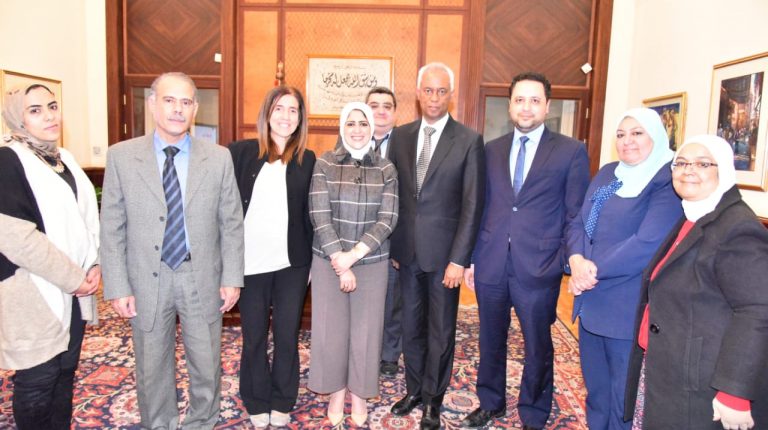 Zayed added that over 500,000 citizens are being detected on a daily basis.

Moreover, a delegationfrom the World Bank (WB) visited the initiative’s operation room, at the ministry of health. The delegation included Ernest Macia, director of the WB’s health, nutrition and population in Washington; AmrShalqani, the representative of the WB in Egypt, and Maria Lora, the WB’s manager of health, education, and social protection projects.

Macia stressed that the WB is keen on cooperating with Egypt on the initiative. He praised the initiative’s success, conveying interest to transfer the Egyptian experience to other countries. He invited Zayed to present the initiative at the upcoming meeting for the World Health Organisation.

The WB’s delegation expressed its support for Egypt in health, nutrition, and overpopulation issues, as well as supporting the regional centre to counter African diseases, which will be based in Egypt.

Zayed said that about 14 million people were examined since the beginning of the initiative in October, and they received free medication.

In October, Al-Sisi launched his seven-month initiative to conduct medical check-ups for hepatitis C, and communicable and non-communicable diseases. The check-ups of the two phases target about 45 to 52 million people in all governorates, aiming to combat hepatitis C by the end of 2020.

We achieved 300% of waiting lists targets, says Minister of Health