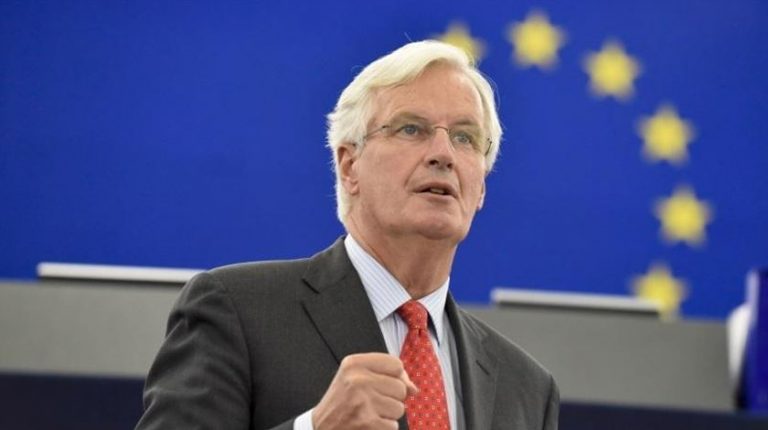 Negotiators from Britain and the European Union (EU) had “a useful review” of the Brexit agenda, but “major difficulties” still exist on the way to make a progress in resolving outstanding issues, the spokesman for the British prime minister said here Wednesday.

David Frost, the British government’s chief negotiator, and his EU counterpart Michel Barnier had a “useful review of the whole agenda before our talks” during informal Brexit discussions on Tuesday, the spokesman said as he was hitting back at the EU after France blames Britain for deadlocked Brexit talks.

“But as I said, major difficulties remain and the EU’s instance on progress on state aid and fisheries is an obstacle to making progress overall but we remain in close contact with the EU side and we will look forward to the next round of talks next week in London,” he said.

On Wednesday, Barnier said in Dublin that he is “worried and disappointed” after Frost made no concessions to end the impasse during informal talks.

There will be no post-Brexit trade deal without Britain-EU agreement on fisheries, Barnier said. He warned Britain against using the issue as a “bargaining chip” in stalled talks.

“We did not see any change in the position of the UK,” Barnier said. “This is why I express publicly that I am worried and I am disappointed.”

“I’ve shown clearly openness to find compromise,” he said, adding that “it is the UK’s responsibility” to find a compromise and avoid crashing out of the EU.

Frost and Barnier met in London on Tuesday ahead of the eighth round of formal negotiations next week.

The EU negotiator reiterated that a deal must be brokered by the “strict deadline” of the end of next month ahead of the transition period on Dec. 31.

“If they don’t move on the issues which are the key issues of the EU, the level playing field, fisheries and governance, the UK will take itself the risk of a no-deal,” he said.

Britain ended its EU membership on Jan. 31 but is still following EU rules during a transition period until Dec. 31 to enable a permanent future trade deal to be reached. During this period, Britain would have to pay into EU funds but have no say in laws imposed by Brussels.

If Britain and the EU fail to secure a trade deal before the transitional period expires, both sides will trade under the World Trade Organization terms, under which new border controls and tariffs will mean extra cost for their trade.