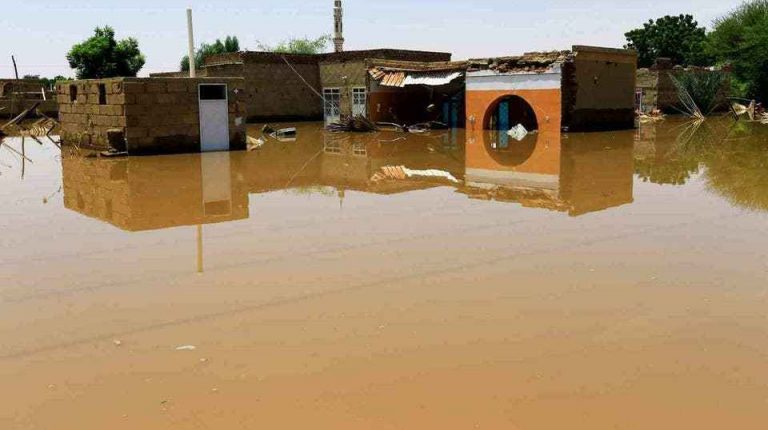 Egypt has expressed its solidarity with Sudan after the collapse of a dam in the country’s Blue Nile state, which resulted in destroying hundreds of houses.

In a Sunday’s statement, the Egyptian Foreign Ministry voiced its support to the people of Sudan, highlighting the brotherly bonds and historical relations that connect the two countries.

The dam collapsed on Thursday in the district of Bout in the southeastern state, with the floods surrounding 600 families, but residents managed to leave their homes, AFP cited a Sudanese official.

Officials in Sudan have not yet determined the whole damage because concerned bodies are not able to reach the flooded region. No information over casualties has been released yet.

Several videos have been circulated on social media, showing the collapse of the dam and the residents screaming horrifically.

Sudan often witnessed torrential rains between June and October, as annual floods hit the country. Earlier on Wednesday, heavy floods hit areas in the north of Sudan, destroying of dozens of houses.

US government invested $80bn in Egypt over 40 years: Amb.

Trump will be easier for Egypt to deal with in regards to terrorism: Nabil Fahmy