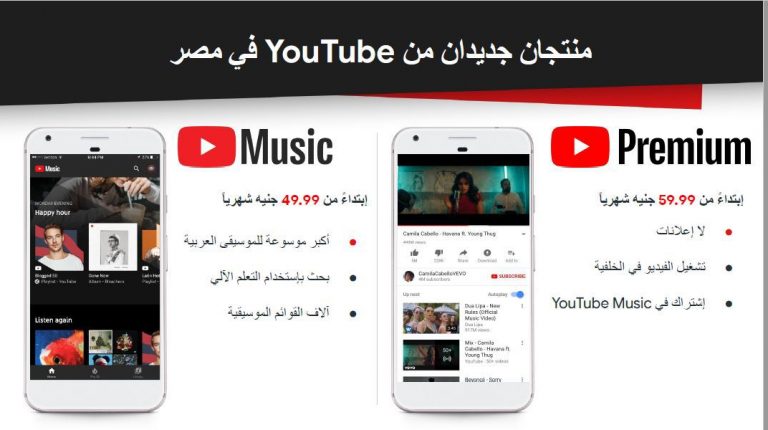 YouTube officially announced the launch of its YouTube Music application in the Egyptian market during a webinar on Monday.

From legendary singers like Umm Kulthum and Mohamed Abdel-Wahab to young stars like Cairokee and Abu, YouTube Music enables people to listen to the music they love through a diverse library of songs, albums, videos, and live performances.

Liliana Abu Dalu Deira, Director of the Music Partnerships programme in YouTube in the Middle East and North Africa (MENA) region, said that 70% of Egypt’s Internet users watched YouTube on a daily basis in 2019. Of this, music formed a large of the content Egyptians were searching for, leading to YouTube’s decision to launch its new application services.

She added that there are two types of service, one of which is free, but the user must be connected to the Internet and will be required to view ads. The second service is a paid version, costing EGP 50 per month, and it works without internet and without ads.

Deira explained that the application depends on artificial intelligence (AI) technology and machine learning, as it identifies user behaviour through the music they listen to and search for, and other data analysis processes.

The other service announced by the company on Monday is the paid subscription service, YouTube Premium. The paid subscription service, which can be accessed through the YouTube application, provides an ad-free viewing experience. It gives users the ability to play videos when using other applications, and access without an Internet connection, in addition to the benefits of the YouTube Music platform.

Ethiopia backtracks from previous understandings in 3rd meeting on GERD

How to keep children entertained and relaxed during quarantine