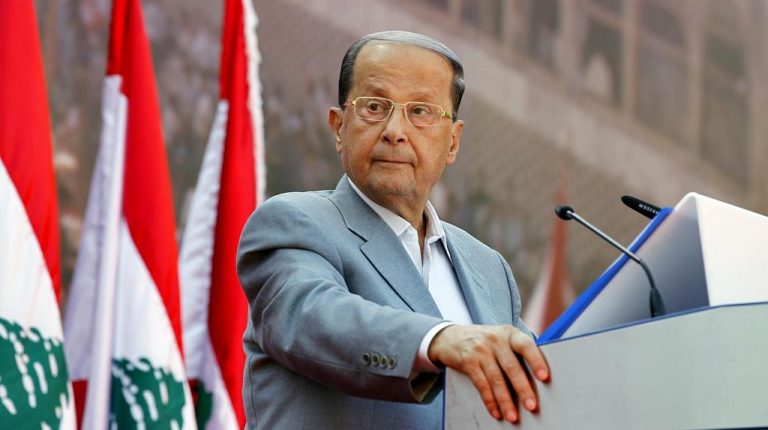 The Lebanese President Michel Aoun announced on Sunday night postponing consultations with members of parliament on selecting a new head of government for a week in order to reach an agreement among all sects of the society.

According to a statement issued by the Lebanese Presidency, the decision came based on the parliamentary blocs’ desire and request to give more space for more consultations and communications.

President Aoun also decided to delay the binding parliamentary consultations that were scheduled on Sunday to next Monday, the 16th of December, until resolving the Sunni situation regarding the name of the coming prime minister who is likely to be the Sunni leader Saad Al-Hariri.

On 29 October, Al-Hariri resigned as prime minister due to mass protests against the ruling elite. The protesters accused the political class of leading Lebanon into its worst economic crisis since the civil war that raged between 1975 and 1990.

Al-Hariri said at the time that some parties wanted to make him a scapegoat for the crisis and civil unrest. He added that the talks about foreign interference against Lebanon’s stability do not deny the authenticity of the people’s anger. “Whoever believes that he has a solution for the crisis, he is welcome to take the reins of power,” Al-Hariri said in a televised speech.

Last week, the political crisis was about to reach a solution as the main parties, including Al-Hariri himself, were in agreement over selecting Samir Al-Khatib to form the new government, but Al-Khatib did not succeed in gaining Sunni support .

Violent clashes broke out in Lebanon’s streets between protesters and security forces after demonstrators attempted to block a main road known as the Ring Bridge in central Beirut, expressing their refusal of the new candidate for leading the new government.

The protestors headed to parliament on Sunday calling for a technical government regardless of the sectarian system.

In a televised speech on Sunday, Al-Khatib said that he has met the Grand Mufti of Lebanon who informed Al-Khatib that Sunni support will go only for one candidate and his name is Al-Hariri. This led Al-Khatib to withdraw his candidacy.

Al-Hariri did not issue a statement regarding his candidacy yet.

Despite hopes for reaching a fast compromise, the complexity of the political system in Lebanon could make negotiations last for months, as Al-Hariri himself took about nine months to form his government.

Nasrallah calls for forming new government that listens to protesters