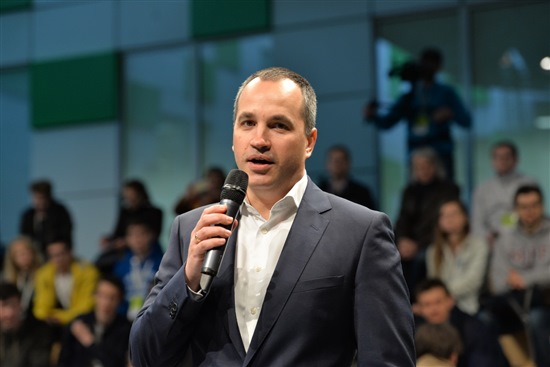 Igor Bogachev, CEO of ZYFRA said that after intense cooperation in the 1960s, 70s and 80s, when the Soviet Union had established contact with most African states and had been providing assistance in constructing infrastructure facilities and production plants, these relations practically ceased to exist in the 90s.
He explained that political and economic cooperation resumed in the 2000s, but mainly on an inter-state level. The potential for cooperation between Russian and African companies remains unfulfilled.
In 2018, trade turnover between Russia and Africa amounted to $20bn. For comparison, commodity turnover between India and Africa amounts to $62bn. Meanwhile, from 2010 to 2017, the volume of Russian exports to Africa almost tripled, rising from $5.1bn to $14.8bn. Between 2014-2017, Africa became the only region to demonstrate substantial growth in Russian exports, which amounted to $5.4bn.
The maturity which reached in the multilateral and bilateral relations  a unique opportunity to diversify bilateral trade through increasing the share of high-technology products and implementing joint projects in the field of innovation. We need to promote networking between chambers of commerce and industry, business councils, professional associations and unions, intensify collaboration between business entities through joint projects.

Russia and African countries could create digital partnerships to work in African regions where Russian companies have not ventured, as well as in the Eurasian Economic Union (EAEU) where African companies have not yet explored. By consolidating technology and resources, thus jointly promoting and selling our products, we can achieve much more.

Companies from Russia and Africa which offer products in one area and are not in competition with one another could propose a comprehensive solution.
There are several formats for such work. A product produced by one company may supplement a product produced by another. Or one company which already has clients in a country could sell its partner’s products. Besides working in a third country, a joint proposal can be submitted at markets of other regions. Such a work format could be suitable primarily for medium size business which may eventually become one of drivers for trade turnover growth.
Implementing digital technology, for example, can entail a serious jump for Africa’s oil and gas sector. the use of digital technology can reduce investment costs by 20%, which will give the oil and gas sector 300 billion dollars by 2025.
Geosteering and other modern ‘smart drilling’ software systems can increase oil well productivity by up to 30% and reduce construction times by half, all while mitigating production and process risks. Modular software packages are designed to provide comprehensive engineering support for directional and horizontal drilling by ensuring optimal positioning of the well bore within the target horizon. The system determines the well’s stratigraphic position while drilling and forecasts changes in the structure formation. The economic impact of drilling with this software could be as much as $1.5 million per year in a single well.

Another solution is an electrical submersible pump (ESP) software unit, designed to enhance the efficiency of oil extraction by boosting oil well production rates by 1.5% without any additional capital investment. It is equipped with artificial intelligence to provide recommendations based on historical Big Data analysis. The unit recommends a mode of well operation that will ensure maximum oil flow rate for a certain period of time and provides for a stable operation during that period by analyzing current frequency, gauged oil flow rate, periods of intermittent pump operation and other operating parameters.

Africa’s 2063 programmes to be integrated with Egyptian ministries