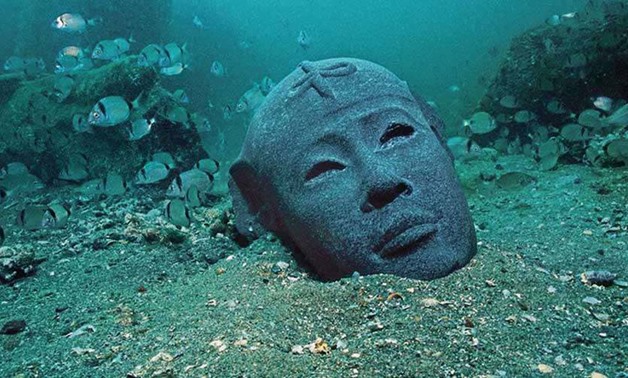 Over the decades, the legacy of the ancient Egyptians and the subsequent empires expanded to much more of what archaeologists discovered underground. While scientists exert their efforts in expanding excavation work underground, treasures are laid opposite to the land, deep in the sea, waiting to see the light. 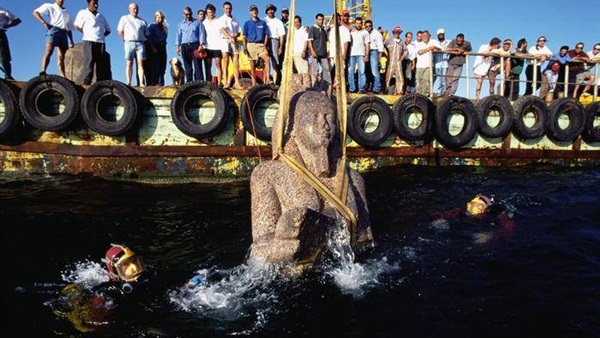 For those who do not work at the Ministry of Antiquities, exploring a maritime heritage to treat and preserve it is essential. However, this is coupled with missing information that the Alexandria University’s Centre for Maritime Archaeology & Underwater Cultural Heritage aims to provide during its latest workshops.

Under the title of the United Nations Educational, Scientific, and Cultural Organization’s (UNESCO) role in the Preservation of Underwater Cultural Heritage in Egypt, 19 workers from the country’s various ministries underwent an intensive workshop to learn about the country’s hidden underwater heritage, and the tools to preserve it.

The five-day workshop took place for the first time a centre for Martime Archeology and Underwater Cultual Heritage at Alexandria University with the cooperation of  the Egyptian National Commission for Education, Science, and Culture at the Ministry of Higher Education,  the UNESCO Office in Cairo, and the Ministry of Antiquities.

As the only country having a training centre for underwater heritage, the workshop was dedicated to the individuals engaged in the exploration of underwater antiquities in order to learn more about the laws surrounding antiquities, and the UNESCO’s 2001 Convention on the Protection of the Underwater Cultural Heritage.

According to the UNESCO’s latest study, there are 150 drowning cities in the Mediterranean only, and more than three million shipwrecks. Alexandria is the second city in the Arab World which discovered underwater antiquities in 1910. With few main famous underwater cities, including the Heracleion ancient city. Alexandria is considered one of the most enriching cities in the world, for having dozens of unspotted underwater archaeological sites.

“Most of the archaeology work is interdisciplinary with a number of other fields like media, environment, and education. So, we needed to break the circle of antiquities members only in order to let others explore the most of the antiquities they are to be part of,” Emad Khalil, founder and director of the Alexandria University Centre for Maritime Archaeology and Underwater Cultural Heritage, told Daily News Egypt.

Throughout the workshop, the 19 participants learned about the research process, diving, unearthing water relics, as well as preserving them.

At the conference hall of the Alexandria Library, Emad explained that the process of underwater cultural heritage is divided into three categories: research, preservation, and capacity building. 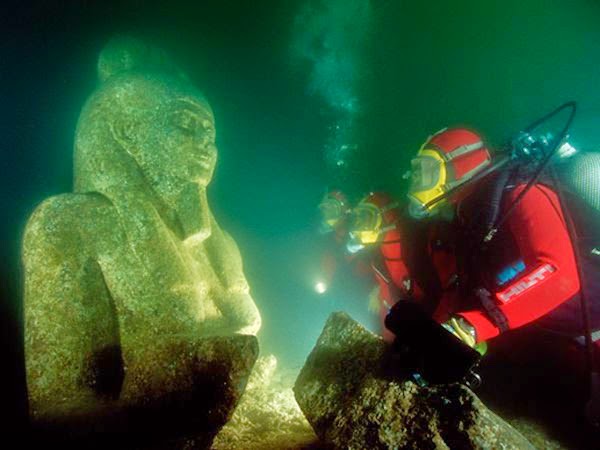 “The struggle we have about the equipment,  can be solved with the support of international entities. However, the real struggle is in the preservation of underwater antiquities,” he added.

“Unlike on-ground antiquities, the maritime heritage is unguarded. In museums, you stocktake the relics so if anything goes missing, we instantly figure out. Nonetheless, this does not apply when it comes to underwater archaeological sites. Up until now, no one knows the exact number of antiquities located in Egypt’s various territorial waters, which leaves us clueless if anything gets stolen,” he explained, stressing,

“We urgently need a systematic underwater survey across the Egyptian coast!”

Adding the legal and social reasons, the struggles pile up. In the Egyptian law, there is only a single article dedicated to underwater heritage preservation. Maritime antiquities preservation comes in the Egyptian law as a part of the 1983’s 117 saving relics law, which according to Khalil, “insufficient, as both of them have different aspects and tools of preservation.”

He explained that adding the preserving regulations of underwater heritage to terrestrial antiquities is inaccurate..

All of these are added to what have become regular milestones to antiquities saving in Egypt, including the very limited number of research teams, and the paralysing logistics facing any excavation requirements.

Khalil pointed out that the legal regulation part in the preservation is considered the easier part of the process of the underwater antiquities’ preservation. 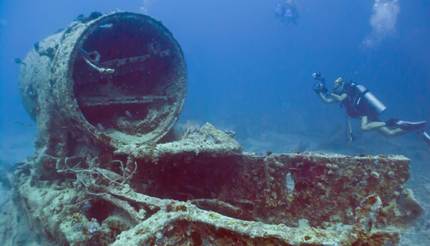 Despite discovering thousands of water antiquities, Egypt does not have museums for underwater discoveries so far.  The Ministry of Antiquities has one temporarily exhibition named, “Sunken Cities: Egypt’s Lost Worlds” that roams a number of foreign countries showcasing 293 artefacts that tell the tales of the two underwater cities: Thonis-Heracleion and Canopus.

“I believe the main deficiency we have in underwater archaeology scene in Egypt is the matter of showcasing the heritage we have! The fact that we have an exhibition about the Egyptian underwater antiquities that has been booming around the world in the past five years, and the moment it returns the country, the relics go straight to storage is just unbelievable, and unacceptable!” Khalil ironically said.

Before the inauguration of  Sunken Cities: Egypt’s Lost Worlds exhibition in the United States last year, 1,000 tickets were sold in the first day of promoting the exhibition’s opening only, according to a press release by the Ministry of Antiques, the time at which also stated that almost all of the tickets for the exhibition’s first day sold out once they were released for sale.

“Despite that, we still do not have a single maritime museum at a country that overviews thousands of water kilometres, and hundreds of underwater archaeological sites,” Khalil concluded.

The Egyptian Museum celebrates its 117th anniversary with two exhibitions

The Most Amazing Sights to See When Visiting Egypt