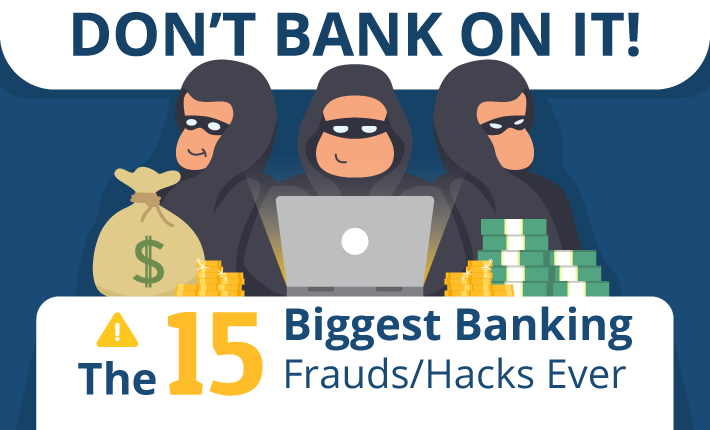 Bank fraud is the criminal act of breaching the security measures of a financial institution to steal funds or obtain delicate client information illegally. The term can also refer to posing as a bank in order to trick depositors into providing personal details and access to bank accounts.

Bank frauds are often characterized as “victimless crimes.” That’s certainly not the case; they inconvenience huge numbers of people, sometimes causing a substantial loss of both money and jobs. Despite this, society has always glorified bank fraud as the most debonnaire of crimes. After all, anything involving billions of dollars, high-profile targets, and secretive operations generates intrigue.

Take Nick Leeson. The infamous broker’s risky behavior halfway across the globe caused the fall of one of the longest-running financial institutions in England and the world, as well as the loss of billions of pounds. They even made a movie about him: The Rogue Dealer, starring Ewan McGregor. That’s one way to make a criminal look cool.

Nowadays, most perpetrators of banking fraud are the anonymous hacker types, stealing delicate information from soft spots in retail outlets or banks. This approach is less glamorous but just as devastating. For example, an anonymous employee of the Korea Credit Bureau stored the details of 20 million credit card users on an external hard drive over the course of 18 months. Two in five Koreans had their credit card information compromised.
Now that we’ve answered the question “what is bank fraud?” in finer detail, let’s look at some of the most serious cases of this white-collar crime in recent years. Make sure you pay attention – there are billions of dollars at stake!