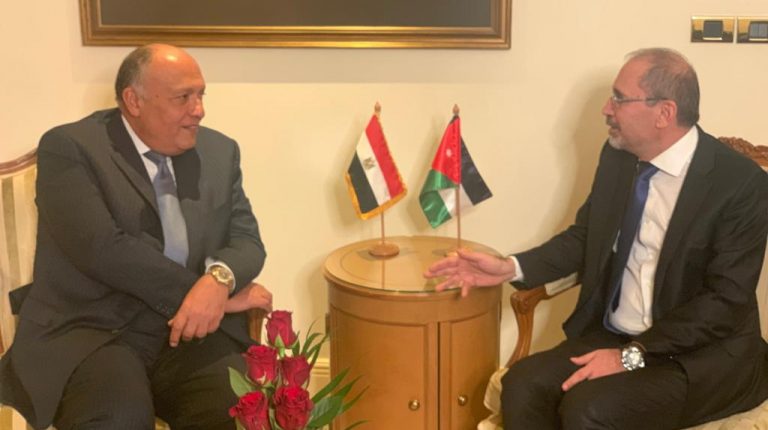 Egypt’s Minister of Foreign Affairs, Sameh Shoukry, discussed in a phone call on Monday with his Jordanian counterpart Ayman Safadi a number of political and economic issues of mutual concern, according to ministry’s spokesperson, Ahmed Hafez.

The two ministers reviewed the outcome of the 28th session of the Egyptian-Jordanian higher committee meetings, which were held in Cairo in early July and tackled the under-construction industrial and economic projects between the two countries.

Throughout their phone call, Shoukry and his counterpart praised the recent progress in relations between Cairo and Amman.

The Egyptian-Jordanian relations are time-honoured and characterised by strong and close ties. The two countries’ relations are of great importance due to the role both counties play on the regional scale, especially in confronting the risks and challenges facing the region. They both cooperate in dealing with the Palestinian cause, combating terrorism, and the Syrian issue.

Bilateral relations between both countries were greatly enhanced especially with the meetings of the higher committee of the two countries. There is joint cooperation in various key fields such as transport, health, culture, media, tourism, scientific research, and education.

Calls for dismissing Health Minister over remarks against pharmacists, nurses

Al-Hariri to meet with Al-Sisi amid ongoing crisis