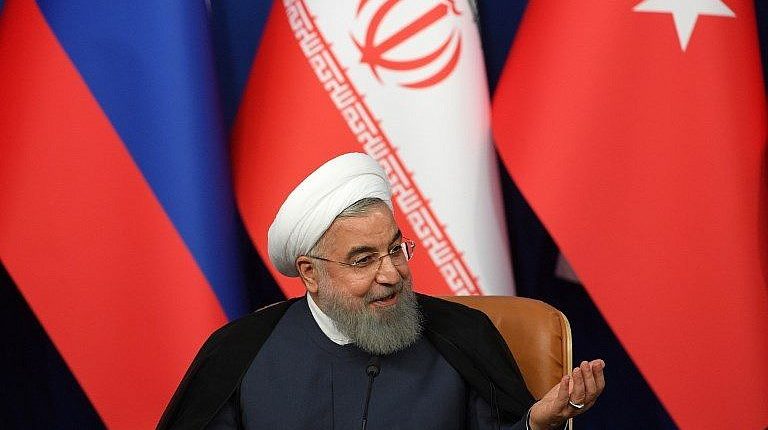 Iran is ready to hold talks with the United States if Washington lifts sanctions and returns to the 2015 nuclear deal it quit last year, Iranian President Hassan Rouhani said in a televised speech on Sunday.

US President Donald Trump’s administration previously said it is open to negotiations with Iran on a more far-reaching agreement on nuclear and security issues.

But Iran has made any talks conditional on first being able to export as much oil as it did before the US withdrew from the nuclear pact with world powers in May 2018.

“We have always believed in talks … if they lift sanctions, end the imposed economic pressure, and return to the deal, we are ready to hold talks with America today, right now, and anywhere,” Rouhani said on Sunday.

In an interview with the Washington Post newspaper, US Secretary of State Mike Pompeo dismissed Rouhani’s idea as “it’s the same offer presented to John F Kerry and Barack Obama,” referring to the former US secretary of state and president.

Confrontations between Washington and Tehran have escalated, culminating in an aborted plan for US air strikes on Iran last month after Tehran downed a US drone. Trump called off the retaliatory US air strike at the last minute.

Calling for dialogue among all to resume, France, Britain, and Germany–parties to the 2015 pact–said on Sunday they were preoccupied by the escalation of tensions in the Gulf region and the risk the nuclear deal might fall apart.

“We believe that the time has come to act responsibly and to look for ways to stop the escalation of tension and resume dialogue,” they said in a joint statement that was released by the French President’s office.

Despite calling for talks with Iranian leaders, Trump said on Wednesday that US sanctions on Iran would soon be increased “substantially”.

Existing US sanctions have targeted Iran’s main foreign revenue stream from crude oil exports, which Trump moved to try to eliminate entirely in May.

In response, Tehran said it would scale back its commitments under the deal, where it had agreed to curb its nuclear programme in return for relief from US and other economic sanctions that had crippled its economy.