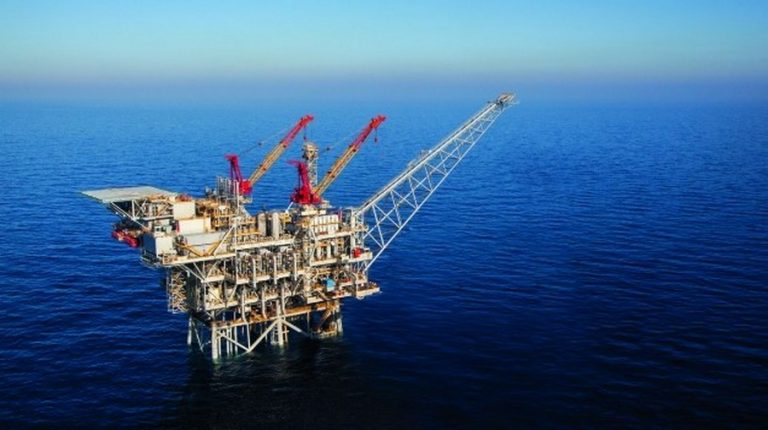 The Israeli company Delek, said in a statement sent to the Tel Aviv Stock Exchange that the export of gas to Egypt will begin the end of this year from the Leviathan field, and that the delay is due to the increase in demand for natural gas locally, which may exhaust the Tamar field resources in the near future.

A source in the oil sector told Daily News Egypt that Egypt had completed all procedures for receiving gas from Israeli gas fields in the deep waters of the Mediterranean Sea.

He added that the tests of the natural gas pipeline have been completed by the Egyptian and Israeli sides, to prepare for the re-export of gas through the liquefaction plants to international markets.

The source explained that it was planned to receive Israeli gas at the beginning of this month, according to the previous agreements in 2018. The agreements between Delek Drilling and Noble Energy—the operators of Israel’s largest natural gas fields Tamar and Leviathan—and the Egyptian company Dolphinus Holdings

Calcalist (the economic arm of Yedioth Ahronoth) said that the postponement of the export process was due to reasons other than those announced by Delek, namely, the failure of the consortium to obtain the necessary regulatory approvals, including the Israeli Ministry of Energy and the Antitrust Authority.

The Israeli Antitrust Authority may be more hesitant in signing the agreement of last October to secure the gas pipeline through which the Israeli gas will be transferred to Egypt, sources told Calcalist.

Delek CEO, Yossi Abu, said that the gas pipeline tests had been successful and the pipeline was ready to transport the gas according to the agreement between the parties.

Earlier, the Egyptian General Petroleum Corporation and the Egyptian Natural Gas Holding Company agreed with the Israel Electricity Authority to settle the arbitration case  in return for paying Egypt EGP 500m in instalments for eight and a half years from the proceeds of the fees to be paid by the Tel Aviv government for the export of gas from its fields via the lines and pipes of Egyptianl gas liquefaction plants .

A government source said that the agreement to settle the arbitration cases filed by the Israeli side against Egypt has been completed, with sealing the deal to export gas from the fields of Delek and Noble through the Egyptian gas liquefaction plants in Idku and Damietta.

Arbitration agreement with Israel settled for $500m, allowing export of its gas via Egypt

Egypt will not repay any amounts in Eastern Mediterranean gas arbitration settlement: Shoaib