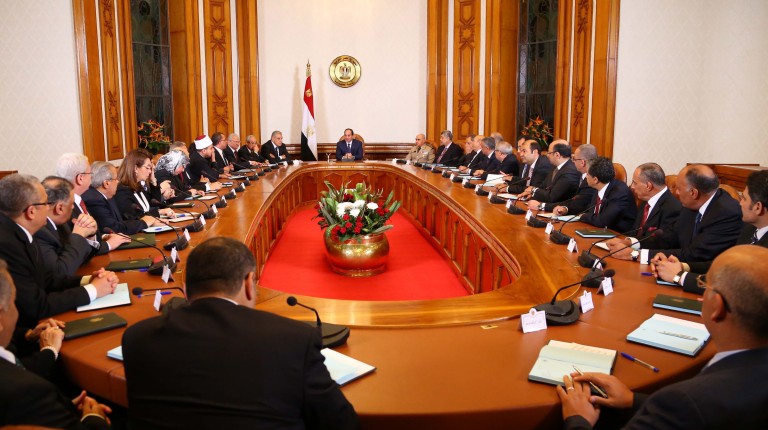 Al-Sisi was briefed by Mehleb on the circumstances surrounding the accident and the measures the government adopted in response.

On Wednesday, a boat sank after it collided with a barge. Efforts to recover the victims’ bodies have been ongoing since the incident.

The death toll rose to 35 on Saturday, according to Health Ministry spokesman Hossam Abdel Ghaffar.

Two days following the incident, and upon his return from Italy on Friday, Prime Minister Ibrahim Mehleb issued a decision to temporarily suspend the head of the river transport authority and the Director of the General Administration of Water Surface.

Mehleb also ordered compensations of EGP 60,000 to be given to the families of each of the deceased.

The Prime Minister also briefed the President on his visit to Italy, where he met with the Italian president, prime minister, minister of defence and foreign minister.

Five new joint agreements were signed between Egypt and Italy to begin new projects in oil and gas exploration and the development of oil refineries.