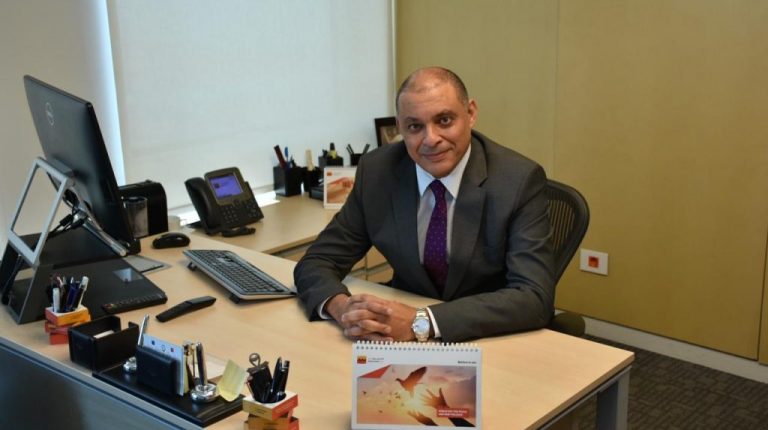 Attijariwafa Group in Egypt announced on Tuesday the appointment of Hicham Seffa as Managing Director of Attijariwafa bank-Egypt, pending the approval of the Central Bank of Egypt (CBE).

Seffa enjoys a 24-year track record with three reputable banks; he has been the Managing Director of Attijariwafa bank Tunisia since 2011, and during his tenure the bank was named “The Best Bank in Tunisia” by “The Banker” for five consecutive times, being the second largest private bank in the country.

His career spans different banking fields including Leasing, Insurance and Asset Management. He served as the Head of operations in AWB and a Member of the Executive Committee of Attijariwafa bank from 2005 to 2011.

He is also a member of the board of directors of Attijariwafa bank Leasing and has previously held several senior positions such as the Head of Transactional Banking and Back Office of Crédit du Maroc (Crédit Agricole Group) for 10 years.

“We are pleased to announce the appointment of Hicham Seffa to the role of the Managing Director of Attijariwafa bank-Egypt. Seffa is a leading figure who enjoys a long history and experience within the Group. We are confident that with his appointment, we will be able to pursue our strategic objectives in the Egyptian market”, said Chairperson and CEO of Attijariwafa bank Group, Mohamed El Kettani,.

“I take this opportunity to extend our sincere gratitude and appreciation to Halla Sakr for her leadership during the transitional phase and her significant contributions in developing the strategic plan of the bank. I am pleased to announce that the board of the bank has nominated Sakr to be my successor as the Chairperson of the board of directors of the bank in Egypt, subject to receiving the CBE approvals” El Kettani added.

Sakr has a proven track record of 35 years in the banking industry including corporate finance, risk management and retail banking services in Egypt and the Middle East.

She is a distinguished banking figure with excellent leadership qualities, a long history of achievements, and is very well acquainted with the growth engines and potential of the Egyptian market.