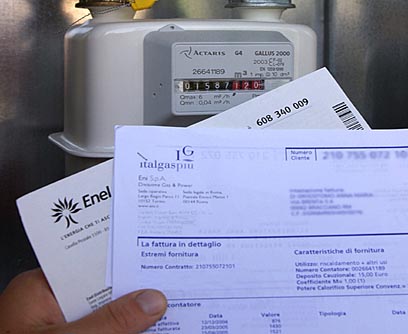 After the ministry of electricity announced the new prices for electricity consumption to be implemented in July, there are still many questions about the electricity billing process. Daily News Egypt toured the building of networks and revenues department of the North Cairo Electricity Distribution Company in New Cairo to learn more about the billing process, starting from metre reading to issuing and collecting bills.

In the beginning, DNE met with the Information Systems Consultant at the North Cairo Electricity Distribution Company, Safaa Abdel Rahman, who explained that the department issues 3.8m bills for all consumers in New Cairo.

She added that the company has insufficient metre readers, so the government contracted with a private company to gather consumption data for meters to end the dilemma of calculating bills based on the average consumption in previous months. The unified metre reading system was inaugurated to ensure accurate reading so as to issue accurate bills.

The electricity metre readers are given daily a different group of houses to collect consumption data before issuing bills, she said.

Abdel Rahman noted that the reader now does not just write down the metre reading, but inputs all consumption data in a specialised tablet and takes a picture of the metre. The tablet has other options, such as report problems of consumption miscalculation, broken metres, or electricity theft, and the photo is then used as evidence for each case.

Moreover, she explained that the unified reading system reviews the consumption data before issuing bills in order to avoid any mistake. All data and readers are also monitored by the system.

DNE also met with one of the metre readers, Ahmed Mahmoud, who explained how the tablet works and his role in collecting the readings, revealing that the reader has only three attempts to enter the reading before the tablet cancel the process.

He conducted a real experiment to read the electricity consumption metre and was correct from the first try. After reading a number of household metres, one of the readings came as “abnormal reading” so a report was sent to the administration.

After collecting the assigned readings, Mahmoud went to a certain room where all the collected data are downloaded to a computer, categorised, analysed, and compared to previous readings before sending them to the concerned departments to calculate the bills.

Abdel Rahman said that the bill issuing centre handles calculating and assessing bills, noting that in case of unrealistic readings, an inspector is assigned to check the metre again. If the abnormal readings exceed 15%, the users are notified.

She explained that calculating and issuing bills are conducted electronically, including also garbage collection fees and stamp fees. Finally, the bills are electronically reviewed before printing.

She added that this department also print the bills of North Cairo and send them to concerned departments to collect them, stressing that there is no manipulation or interference in the process of bill issuance or printing, and if there is any mistake in the printing or calculations, the company bears it.

Abdul Rahman said the electricity distribution companies are committed to the prices that were published in the Official Gazette and the company cannot modify or change these prices except by a government decision.

These fees were then published in the Egyptian Gazette and the companies are committed to them, she said. The customer service charge is determined by the Consumer Protection Agency and is added to the electricity bills.

She added that the garbage collection fees is determined based on information provided be each governorate and it’s not linked to the electricity consumption but varies depending on the residential areas.

Electricity bills in other Mediterranean countries

All Mediterranean countries provides the metre reading data in the bills. Egypt was the only exception, where the date of metre reading is provided upon the consumer’s request. The meter reading date is added to electricity bills in Bosnia and Herzegovina, Greece, Italy, Portugal, Spain, and Tunisia.

For the gas consumption billing, Mediterranean countries provides all metre reading data and the consumption fees.

Back to electricity consumption billing, energy consumption data of the previous year are also added to the bills in eight countries, including Cyprus, France, Italy, Portugal, Spain, Tunisia, and Malta, but this feature is not available in Bosnia and Herzegovina, Croatia, Egypt, Greece, Palestine, and Turkey.

In Bosnia and Herzegovina, and Greece, there is no available data on the electricity and gas consumption in the previous periods. But such information is provided in the bills in France, Italy, Portugal, Tunisia, and Spain.

In Spain, the billing departments provide charts of consumption. In Croatia and Turkey, such information is provided only for gas consumption. In Malta, the electricity bill includes average consumption per day and average cost per kW/h in the current and previous years up to the date of bill issuance.

Electricity bills in Portugal and Italy include the fuel type whether wind, geothermal energy, hydropower, coal, or natural gas.

Some countries clarify in the bills the possibility of cost saving or increase, such as Italy, Jordan, Portugal, and Tunisia. This information was not mentioned in Algeria, Bosnia and Herzegovina, Croatia, Cyprus, France, and Egypt.

Moreover, in Egypt, Jordan, Turkey and Palestine, bills are sent monthly. Algeria is the only Mediterranean country that issues bills every three months. In Malta, bills with actual readings are issued every six months while other bills are issued every two months with estimated readings for households.

Consumers can pay electricity bills on instalments in France, Palestine, and Spain, but other countries do not allow such option.

The time allocated to inform consumers of any change in electricity prices varies from a Mediterranean country to another. In Bosnia and Herzegovina, consumers are notified of any increase in electricity tariffs at least 15 days before application. In Croatia, such information is provided before applying the changes immediately. In Cyprus, customers are notified when they receive their bills.

In Italy, consumers have the luxury to change the electricity suppliers if they were not satisfied with the change in prices within a period of not more than six months. In Egypt, the increase in electricity price is usually announced a few days before application.

All countries provide household customers with separate energy bills, except for Cyprus. The electricity bill also includes garbage collection fees in Egypt, while it includes water fees in Malta.

The energy bills must be clear, accurate, and easy to understand for all citizens. The right to know prices is basic even for low educational levels, because energy expenditure is an important part of each household’s monthly budget.

In all countries, customers should be aware of energy consumption and costs so that they can change, if possible, their consumption patterns or habits. The bill should be as short and as simple as possible.

Egypt inks energy cooperation MoU with US Department of Energy

Prepaid gas metres to be used for 1st time before year-end: El-Molla