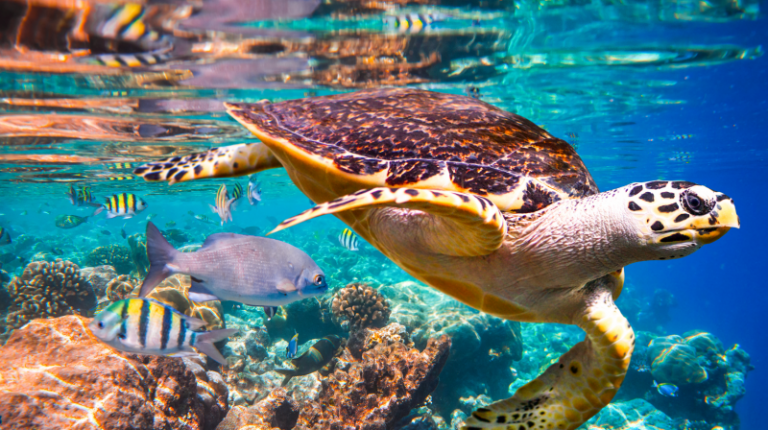 We are destroying nature in unprecedented rates, threatening a million of species in the planet, even threatening ourselves, says a recent report from the Intergovernmental Science-Policy Platform on Biodiversity and Ecosystem Services (IPBES).

Over the past three years, 145 experts from 50 countries worked, with inputs from another 310 contributing authors, to issue the report which we briefly present its most important results here.

According to the report, the five direct drivers of change in nature are: changes in land and sea use; direct exploitation of organisms; climate change; pollution, and invasive alien species.

The average abundance of native species in most major land-based habitats has fallen by at least 20%, mostly since the 1900s, according to report which added that more than 40% of amphibian species, almost 33% of reef-forming corals, and more than a third of all marine mammals are threatened.

The picture is less clear for insect species, but available evidence supports a tentative estimate of 10% being threatened. At least 680 vertebrate species had been driven to extinction since the 16th century and more than 9% of all domesticated breeds of mammals used for food and agriculture had become extinct by 2016, with at least 1,000 more breeds still threatened.

Three-quarters of the land-based environment and about 66% of the marine environment have been significantly altered by human actions. On average, these trends have been less severe or avoided in areas held or managed by indigenous peoples and local communities.

More than a third of the world’s land surface and nearly 75% of freshwater resources are now devoted to crop or livestock production.

The value of agricultural crop production has increased by about 300% since 1970, raw timber harvest has risen by 45% and approximately 60 billion tonnes of renewable and non-renewable resources are now extracted globally every year–having nearly doubled since 1980.

Land degradation has reduced the productivity of 23% of the global land surface, up to $577bn in annual global crops are at risk from pollinator loss and 100-300 million people are at increased risk of floods and hurricanes due to loss of coastal habitats and protection.

Plastic pollution has increased tenfold since 1980, 300-400m tonnes of heavy metals, solvents, toxic sludge and other wastes from industrial facilities are dumped annually into the world’s waters, and fertilisers entering coastal ecosystems have produced more than 400 ocean ‘dead zones’, totalling over 245,000 km2–a combined area greater than that of the United Kingdom.

Negative trends in nature will continue through to 2050 and beyond in all of the policy scenarios explored in the report, except those that include transformative change–due to the projected impacts of increasing land-use change, exploitation of organisms, and climate change, although with significant differences between regions.

“The overwhelming evidence of the IPBES Global Assessment, from a wide range of different fields of knowledge, presents an ominous picture,” said IPBES chair Robert Watson.

“The health of ecosystems on which we and all other species depend on is deteriorating more rapidly than ever. We are eroding the very foundations of our economies, livelihoods, food security, health and quality of life worldwide,” he added in an official IPBES statement.

“The report also tells us that it is not too late to make a difference, but only if we start now at every level from local to global,” he said, adding that, “Through ‘transformative change’, nature can still be conserved, restored, and used sustainably–this is also key to meeting most other global goals. By transformative change, we mean a fundamental, system-wide reorganisation across technological, economical, and social factors, including paradigms, goals, and values.”

“The member states of IPBES plenary have now acknowledged that, by its very nature, transformative change can expect opposition from those with vested interests in the status quo, but also that such opposition can be overcome for the broader public good,” Watson said.

Only one third of world’s longest rivers remain free-flowing

Russia's 'whale jail': Why 100 marine mammals are trapped in captivity