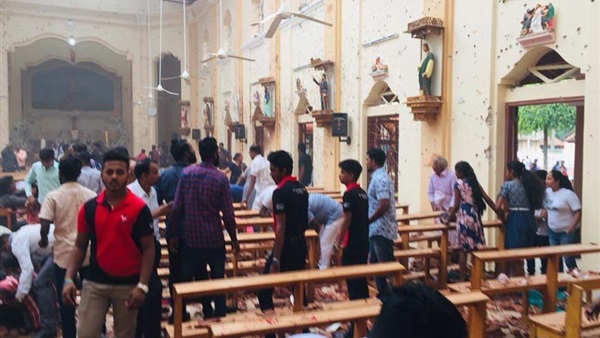 At least 207 people were killed and over 400 others were injured in a series of blasts targeting churches and hotels in Sri Lanka. At least eight explosions were reported in Colombo and the cities of Negombo and Batticaloa during the religious ceremonies for the Easter celebration.

The first explosion was reported in a church located in the capital. The police announced the murder of three policemen when a suicide bomber exploded a house in northern Colombo.

Police said that most of the victims were killed in three churches. Three other bombings struck hotels – the Cinnamon Grand, the Kingsbury, and the Shangri-La-located in the heart of Colombo, killing at least 35 foreigners.

Minister of Defence in Sri Lanka Ruwan Wijewardene, announced the arrest of seven suspects following the blasts. The country declared a state of emergency and a curfew in the capital. “We will take all necessary action against any extremist group that is operating in our country,” he said.

There was no immediate claim of responsibility for the terrorist attacks.

Sri Lanka President Maithripala Sirisena issued a statement calling for people to stay calm and support the authorities in their efforts to investigate the attacks and find out the responsible parties.

“I strongly condemn the cowardly attacks on our people today. I call upon all Sri Lankans during this tragic time to remain united and strong,” said the Sri Lanka Prime Minister Ranil Wickremesinghe.

President Abdel Fattah Al-Sisi denounced the terrorist attacks in Sri Lanka, offering his condolences to the victims of the attacks. He said that the whole world needs to stand together against these “inhumane” crimes.

Grand Imam of Al-Azhar, Ahmed Al-Tayeb, condemned the terror attacks. “I cannot imagine a human being could target the peaceful on their celebration day. Those terrorists’ perverted disposition goes against the teachings of all religions,” he said in a statement.

Al-Tayeb added that he prays that God grants patience to the families of the casualties and recovery for the injured.

‘Golf and Gourmet week’ is about showing people what basic products might look like if it is done by international professionals, says Excutive Chef Koch

Are international sports returning to Pakistan?

Where can one travel in times of terror?