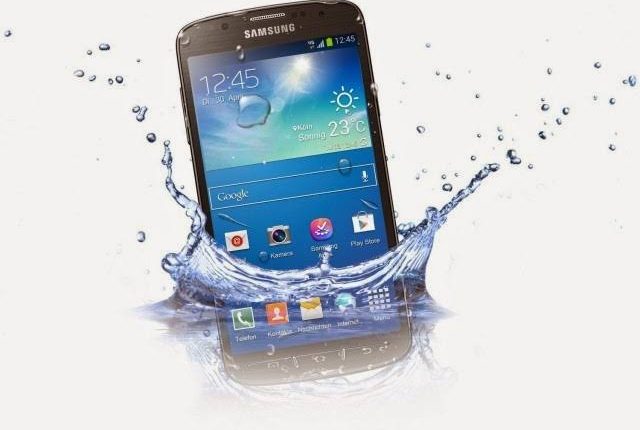 During the Consumer Electronics Show (CES), the South-Korean tech giant, Samsung, announced that its 2019 smart TVs will include an iTunes software, which is operated by the American rival technology firm, Apple. According to a Senior Samsung Executive, Dave Das, the move is “a true first one.”

The tech giants are trying to increase their revenues, even if this means cooperating with competitors.  Tech analysts say that the two titans of the smartphone market are looking for alternatives to generate profits, as the smartphone era is coming to its end faster than they expected.

One in two people think the smartphone itself will be obsolete within five years, according to a global Ericsson survey released at the end of 2015, which collected answers from 100,000 people. It is expected that innovations will stem from new areas, and the way people interact with devices will also change.

There are many factors behind this outcome, some of which are the interests of customers in bigger batteries which allow them to use devices for longer times, a feature that smartphones failed to provide. This is in addition to the high prices, and the similar features of smartphones available in the market.


At the beginning of 2019, Tim Cook, Apple’s CEO, issued a rare revenue warning to investors to inform them that the firm is expecting lower sales in the first quarter (Q1) of 2019 because of weak iPhone demand in China. However, analysts noted the problem probably exists elsewhere, and is not only confined to China.

The tech giant lost $500bn in market value over the past three months, giving the title of world’s most valuable public company to Amazon. In the past few years, Apple hiked up the price of its iPhone, the company’s major profit generator, with nearly 60% of Apple’s total sales.

Last year, the firm introduced iPhone X, and it came with a $999 price tag, which is $300 more expensive than iPhone 8, while iPhone XS Max starts at $1,099. Therefore, the company started to offer cheaper battery replacements.

Steve Jobs, Apple’s co-founder, had the talent of knowing what consumers wanted before they even did. However, the company is now struggling to lure in customers with new features in the new iPhones so as to persuade them to upgrade their devices.

Despite its revised outlook, Apple remains a healthy company. The question is whether the company will exist in the long term or not, keeping in mind that at one point, Nokia was the leader of the mobile phones’ sector, and currently it is a part of Microsoft.

Apple’s dilemma is similar to the situation which Microsoft found itself in. In 2014, the company promoted Satya Nadella, the previous head of Microsoft’s nascent cloud business, to run the company instead of Steve Ballmer.

Nadella focused on improving and providing features which attract users, accordingly, he decided to offer customers smartphone-like updates twice a year. He made Office available for free on the iPad, and shifted Microsoft’s focus to cloud computing.

Five years later, Microsoft passed Apple to become the most valuable company in the stock market. It is neck-and-neck with Amazon for cloud computing superiority, powering everything from corporate email servers to Pixar films.

Samsung is suffering as well

The South Korean company said last week that its Q4 operating profit is set to plunge nearly 30% from a year earlier, substantially below analysts’ forecasts. It blamed the sharp drop on a “lacklustre demand” for its memory chips and the “intensifying competition” in the smartphone industry.

Samsung, the world’s largest smartphone maker, did not specifically mention China in its earnings guidance, but it stated that “mounting” macroeconomic uncertainties are affecting its business.

Furthermore, it warned that the weak performance is likely to continue, predicting that its earnings will “remain subdued in Q1 of 2019 due to difficult conditions for the memory business” before they will improve later in the year.

The company hopes that the introduction of new technologies such as 5G services and foldable smartphones will help boost its mobile division. However, both companies need to give customers a big new product, as well as to diversify their profit sources to include more than just smartphones.

We invest in innovative start-ups carrying strategic value to our company: Head of Ericsson Ventures

5G is here, on back of ever-growing mobile subscriptions: Ericsson

You are hacked… Cybercrime is becoming new threat for businesses