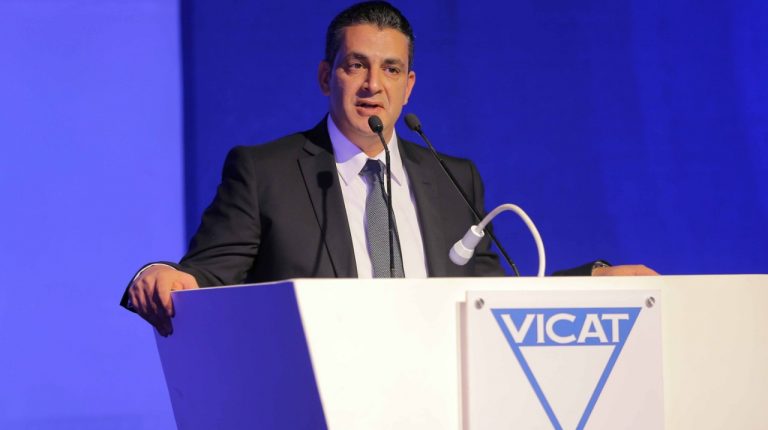 Vicat Egypt, a subsidiary of France’s Vicat Group, a French company manufacturing cement, aggregates, and ready-mix concrete in four continents, said that the company plans to inject new direct investments up to €30m in the Sinai Cement Company to meet the needs of the local and regional market, Tamer Magdy, CEO of Vicat Egypt, said during the company’s celebration of its 15th anniversary in the Egyptian market on Saturday.

Chairperson and CEO of Vicat Group, Guy Sidos, said that they are proud of its presence in the Egyptian market and the successes they have achieved in the past 15 years, stressing the company’s great confidence in the Egyptian economy and its recovery.

He noted that the Egyptian economy is taking steady and good steps on the right path thanks to the policies and decisions made by the political leadership, besides the new legislations passed by the parliament to improve Egypt’s investment climate.

During the celebration, Sidos affirmed the group’s commitment to continue investing in Egypt regardless of the difficult circumstances, saying, “With each passing day, we were confident of the return of stability to the Sinai.”

The celebration was held at the French embassy in Egypt, in the presence of the Minister of Trade and Industry Amr Nassar and several ambassadors of African and European countries in Egypt, in addition to many Egyptian parliamentarians, notably MP Soliman Wahdan. Also, representatives of major international companies operating in Egypt and public figures attended the event.