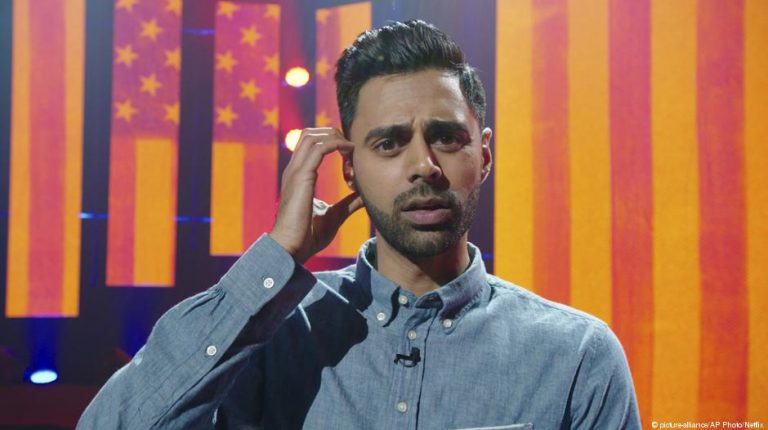 American comedian Hasan Minhaj mocks and criticizes Saudi Arabia in an episode of his comedy show Patriot Act. Netflix has been rebuked for taking it down to comply with a request by the Saudi government.Rights group Amnesty International condemned Netflix on Wednesday after the streaming service blocked an episode of a comedy show critical of Saudi Crown Prince Mohammed bin Salman.

"Netflix is in danger of facilitating the Kingdom's zero-tolerance policy on freedom of expression and assisting the authorities in denying people's right to freely access information," Amnesty said.

Netflix pulled the second episode of Patriot Act after Saudi Arabia's telecommunications regulator complained to the company that it contravened the country's cyber-crime law.

In the episode, American comedian Hasan Minhaj mocks the Saudi royal family and criticizes Crown Prince bin Salman for his alleged involvement in the murder of Saudi journalist Jamal Khashoggi.

Amnesty said Saudi Arabia's use of the cyber-crime law to pressure Netflix was "no surprise" given its track record of using the law to stifle internal dissent.

The law criminalizes the dissemination of material that impinges on "public order, religious values, public morals, and privacy, through the information network or computers." Violations are punishable by a fine of up to 3 million Saudi riyals (€705,000; $800,000) and a prison sentence of up to five years.

The government has arrested many critics, including women's rights activists, since the 33-year-old bin Salman became heir to the throne and the Kingdom's de facto leader in June 2017.

"Clearly, the best way to stop people from watching something is to ban it, make it trend online, and then leave it up on YouTube," Minhaj wrote in a Tweet.